10 animals that hijacked the internet in 2014 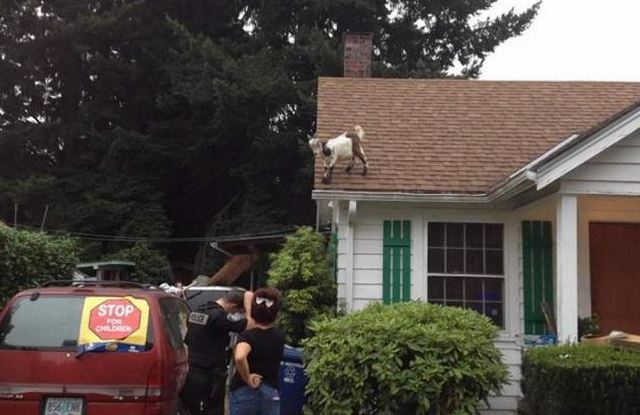 There were plenty of heartwarming, inspirational and outright insane stories involving animals this year, so picking just a few was tough.

But these cute creatures won out in the end because they showed great character in very testing (and weird) times.

10. Chris P Bacon, the piglet who has wheels instead of back legs.

9. Benjy the gay bull, who was saved from slaughter by the Simpsons creator and also found true love.

8. Monty the Penguin, who shot to fame after making his debut in a John Lewis advert.

6. Tuna the dog, whose picture speaks for itself.

5. This goat who got stuck on a roof  and who ‘only respected one man’.

4. This dog who grew so impatient waiting for its owner it just blasted the car horn until a crowd gathered.

2. This dog who loved his owner so much he passed out when he saw her after two years apart.

1. And this fearless cat who saved a four-year-old boy from a vicious dog attack.