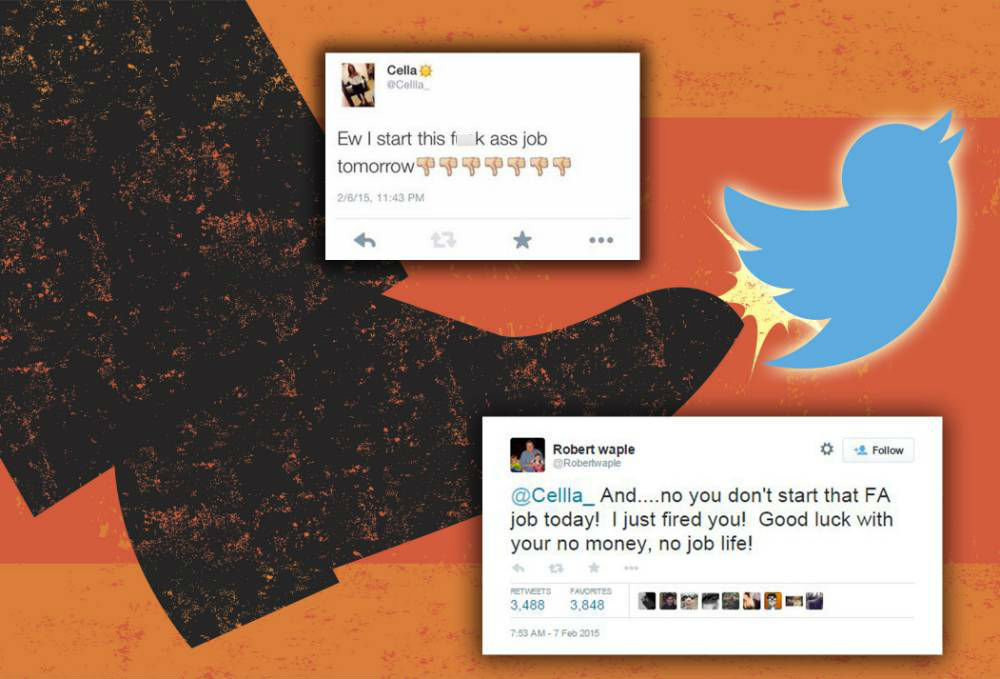 This is a lesson in why it’s advisable to think before you tweet.

While most of us would be excited to start a new job, Twitter user Cella didn’t seem too enthusiastic about her new role at a restaurant, and labelled it a ‘f**k ass job.’

But when she posted this tweet a day later, it became pretty clear that she was feeling the consequences of her ill-advised outburst.