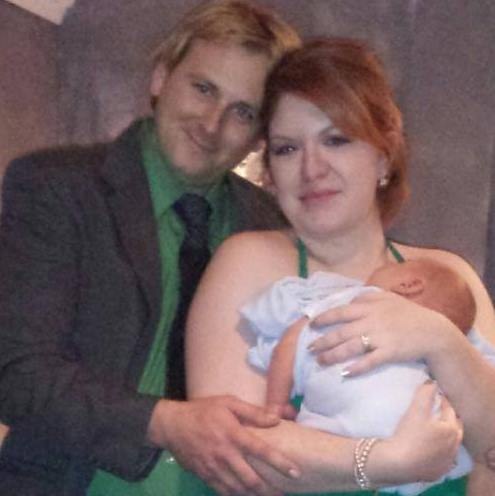 An American man who was named after Jack Daniels whiskey has taken a similar boozy approach to his own offspring-by naming his new-born son after Jim Beam whiskey.

Jack Daniels Leathers, 32, from Louisiana, told Houma Today that his parents named him after the iconic tipple to annoy his grandparents.

He said: ‘My parents decided they wanted to name their son something to make their parents mad.

‘At the time, my dad was drinking Jack, which he enjoyed. My mom said: “why not”.’

He has now taken a similar approach toward his own children, after agreeing with 23-year old wife Lydia that Jim Beam would be a perfect name for their child.

It seems that they’re not done naming their offspring after alcohol either, and plan to name their next child Evan Williams, after the bourbon of the same name, if it is a boy, or Sherry, if it’s a girl.

In a final twist to their boozy antics, Mr Leathers also revealed that the man who officiated their wedding was called Johnny Walker, according to the newspaper.