Albert Man – Nothing Of Nothing Much

Received with critical acclaim, Albert Man’s 2016 album Cheap Suit placed him at the forefront of London’s gig circuit and generated praise from the BBC Radio’s Head of Music, hailing him as a “brilliant singer-songwriter”. His eagerly awaited next release comes in the shape of an EP, modestly titled Nothing Of Nothing Much.

Albert took to the water to create the music, recording and mixing on a 100 year old Dutch barge called the Grand Cru which just happens to be Pete Townshend’s floating recording studio.

Opening Track “I Feel Like Dancing” is the toe-tapping expression of joy that the title promises, and it has already met with the approval of cutting-edge tastemakers over at Fresh On The Net and BBC Introducing. Listing all the things that can and do go wrong in life (and which – in a country ballad – would create rapid-onset depression) Albert reminds us to put a record on “get that feeling deep within” and feel our hearts sing. The perfect antidote to February blues, this is piano-led pop to bring the nation to it’s feet.

What do we miss when we’re looking for perfection? Taking a philosophical turn, “Diamond In The Rough” questions the value of love vs money, when plenty of the former can’t seem to compensate for a lack of the latter. Showcasing the bitterly poignant side to Albert’s vocals, the track builds from the simplest scaffolding of story-telling, leaving recollection space for the listener’s own experience.

Returning to Albert’s cheeky side, “Riding Shotgun” paints a picture of carefree, summer days of sunshine, new love and favourite cars. If only he could get the girl! With a touch of honky-tonk to the piano, and snapshots of rock guitar from Rhys Downing, this is definitely one for the road trip.

Opening with tinkling chords and introducing Collette Williams’s delicate vocal harmonies, “You Had Me At Hello” is a testimony to love at first sight. With a classical/country crossover flavour, beautifully supported by Sarah Lynch’s violin (previously heard with Mumford and Sons, Ed Sheeran and The Strokes, to name a few), this is a reflection on the million little things that make relationships last – right from the first hello. If you’re looking for a song to dance to at your golden wedding anniversary, this could well be it.

While delivering contrasts in style and tempo, Albert’s songs always hit the nail on the head. Maybe he has been through the relationship mill, or perhaps he is a consummate story maker. Either way, there is an inevitable thread of truth which the listener can weave into the warp and weft of their own experience. “Do You Think About Me?” speaks to those moments when old loves come to mind and we wonder what might have been. Stripped back and emotionally raw, Albert’s performance is touchingly vulnerable, cradled in the strength of his astonishing vocal control.

Rounding off the EP is a bonus, live version of “You Had Me At Hello”, proving that Albert and his band can transfer from studio to stage. If you’re in the area, this may well tempt you to head off to St Pancras Old Church, London for the EP launch night on 8 February 2017. With support from Craig Gallagher and Joe Garvey, this promises to be a night to remember. 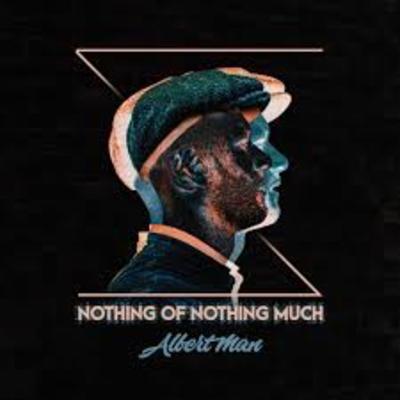