‘Going Clear: Scientology and the Prison of Belief’ has become one of those elusive films that many have heard of, but very few people in the UK have actually seen. But there will be a rare sighting this Thursday evening, thanks to a screening at London’s Bertha DocHouse, the UK’s only dedicated documentary cinema-house.

The film by Oscar winner Alex Gibney charts the religion’s founding by L Ron Hubbard, the church’s courting of influential celebrities, as well as stories by a number of former members, several of whom have claimed abuse and exploitation at the hands of the church’s authorities. 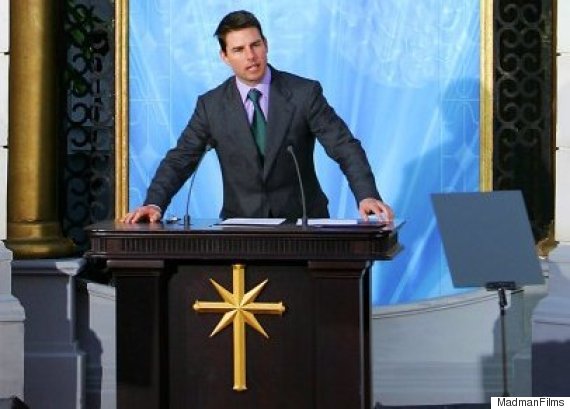 Tom Cruise is the Church of Scientology’s most high-profile, longtime member

The church under inspection slammed the film in the strongest terms, with celebrities including longtime follower John Travolta speaking out in defence of the organisation. The Church’s most famous advocate, Tom Cruise, has so far remained silent.

The film was due to be aired on Sky in the UK, but was latterly pulled from the schedules under pressure from various legal bods. But this Thursday, it comes to the Bertha DocHouse, with an exclusive Q&A session with director Alex Gibney following the screening.

Bertha DocHouse is an exciting new initiative – the UK’s first and only cinema dedicated to documentary films, located in the newly-refurbished Curzon Bloomsbury Cinema.

As the UK’s only dedicated documentary centre it aims to celebrate documentary through themed seasons and by showcasing new films from festivals around the world. As well as a full screening schedule throughout the week, with special discounts available, it will host premieres and strands including its first one ‘Focus Middle East’.

Click here for more information on ticket prices and screening schedules at the Bertha DocHouse.