Alistair McGowan’s impersonation of Jimmy Savile was so uncanny in the first read-through of new play about the late DJ that the playwright admits even he got frightened.

For Jonathan Maitland, the writer of ‘An Audience With Jimmy Savile’, the casting of impressionist and funnyman Alistair McGowan was a “happy accident”.

“I asked him to read the script, and I was surprised when he offered to read it publicly,” says the playwright.

“A few people tried to dissuade him, but I don’t understand that. It’s surely a no-brainer for any brave, curious, adventurous actor who wants to explore his craft and do interesting work. 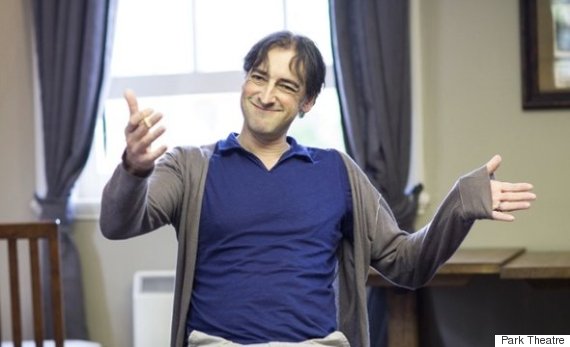 “In narrative terms, the fact that it’s someone we know from light entertainment who turns out to be a monster adds to the shock aspect. At the first run-through, he frightened me out of my wits, with his depiction of this cigar-chomping eccentric that Savile used to cultivate deliberately. That’s the whole point of the play, that this wasn’t the real him, but what he used to groom the nation. I was slightly frightened, actually, because he got so nasty.”

Jonathan Maitland’s play ‘An Audience With Jimmy Savile’ is both a portrait of the country’s self-appointed jester with evil agenda – with Alistair McGowan earning superlative praise for his deeply unsettling impersonation – and an exploration of how the keepers of the nation’s most cloistered establishments, from the BBC to Broadmoor to Buckingham Palace, not only turned a blind eye to his singularity, but clutched him to their collective bosom.

The story of how Savile not only perpetrated his crimes, but got away with them for such a long period of time was, for Maitland, was exactly the prism he needed to write about the institutions at the heart of the matter. 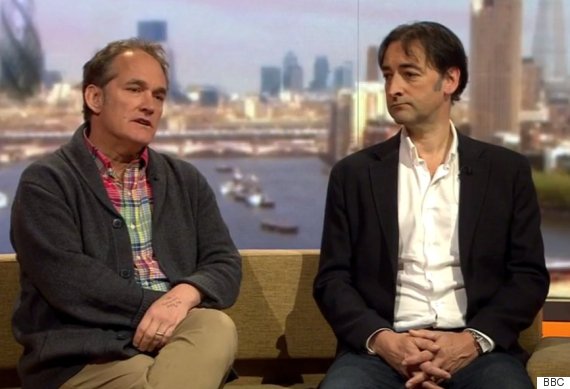 The play is set around a kind of tribute show, following the knighthood of the DJ, TV presenter, charity worker and all-round friend to the great and good. They’re queueing up to praise him. Meanwhile, a woman he’s abused is trying to find justice and is being denied at every turn. It follows her in her search, the desire for his accountability being the ‘audience’ of the title.

“Savile’s modus operandi was to was seek surrogate families and become at one with them,” says Maitland. “So that when he was questioned, they would do what all families do and protect their own. To me, this is the compelling, important part of the story.

“His louche behavior just seemed acceptable, because people didn’t realise the huge, submerged iceberg beneath it all.”

The journalist and playwright understands, however, why, for many, this will be an unwatchable evening of theatre.

“But I think there’s a huge public service in showing how he got away with it. There’s no real, satisfactory answer in how he did it. So we’re left with a combination of denial, regret and confusion.

”I want people to respond to this as a piece of drama, but I do want people to come away with an understanding of how he got away with it, which has to include our collective capacity for denial, and the problems that can cause,” says Maitland.

“And there are some very discomforting truths around Savile, about how a person pertaining to be one thing, can be something else entirely, and to what extent we collude in that.”

‘An Audience With Jimmy Savile’ is playing at the Park Theatre, Finsbury Park, London until 11 July – ticket info here.