All-round queen and ‘How To Be A Bad Bitch’ author Amber Rose has slammed GQ, criticising a section of text that ran alongside her recent cover interview and photoshoot.

Amber was less than delighted with the publication, and had no qualms about calling them out for their “ignorant shit” on Instagram. 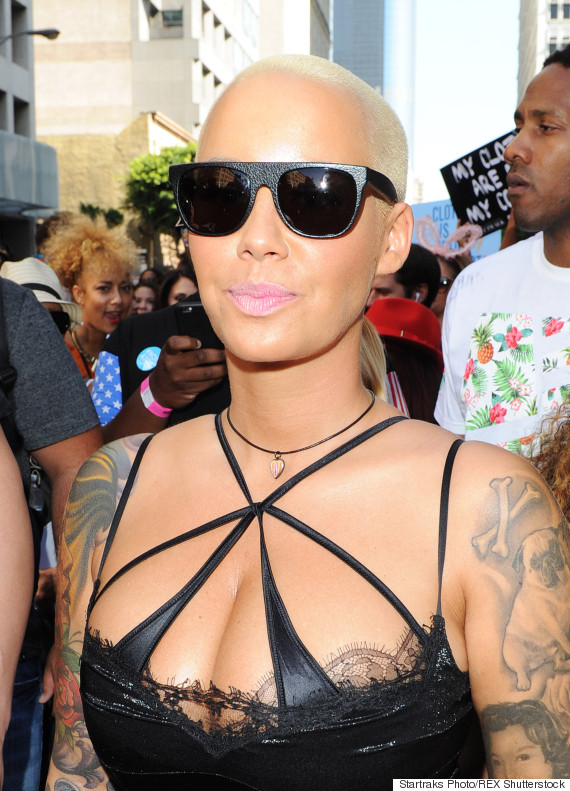 Next to a picture of their introduction to her interview, Amber wrote: “Really @gq??? I’m so much more then Kanye’s Ex or Wiz’s baby’s mama. Damn, why the fuck did u guys reach out to me for this article and photoshoot? To dumb me down?

“I talked about feminism and my Slutwalk… Wtf nice title smh I expected so much more from u guys and I’m so disappointed.”

“I was so excited to be featured in GQ not realizing I was shooting for a tabloid,” she continued. “My slutwalk was for ignorant shit like this. Oh “Her beautiful dark twisted journey to the top”? Nice pun. Negative af. Thx for nothing.”

The GQ passage in question, which can be seen in the snap above, reads:

“Amber Rose wrote the book on it. No, seriously: Kanye’s infamous ex, Wiz Khalifa’s baby mama, America’s toughest bald babe since Sigourney Weaver in Alien 3, is about to publish a book of life lessons called How to Be a Bad Bitch. Like Amber herself, it’s all heart. Unlike Amber, it’s not that thick! The teen stripper turned megalomaniac muse spoke to Carrie Battan about her beautiful dark twisted journey to the top.”

Amber Rose has recently used her celebrity status to do good, and at the VMAs she addressed slut-shaming, donning an eye-catching one-piece, covered in words including ‘slut’ and ‘bitch’.

Explaining her outfit to MTV news, Amber stated: “We [Amber and her pal Blac Chyna] just got to a point in our lives where we’re sick of getting ridiculed for loving men and being sexual beings and just being sexy women in general.

“And we constantly get called these names and now we just got to a point where we don’t give a fuck and we’re embracing all the slut shaming, all the name calling. And hoes be winning.”