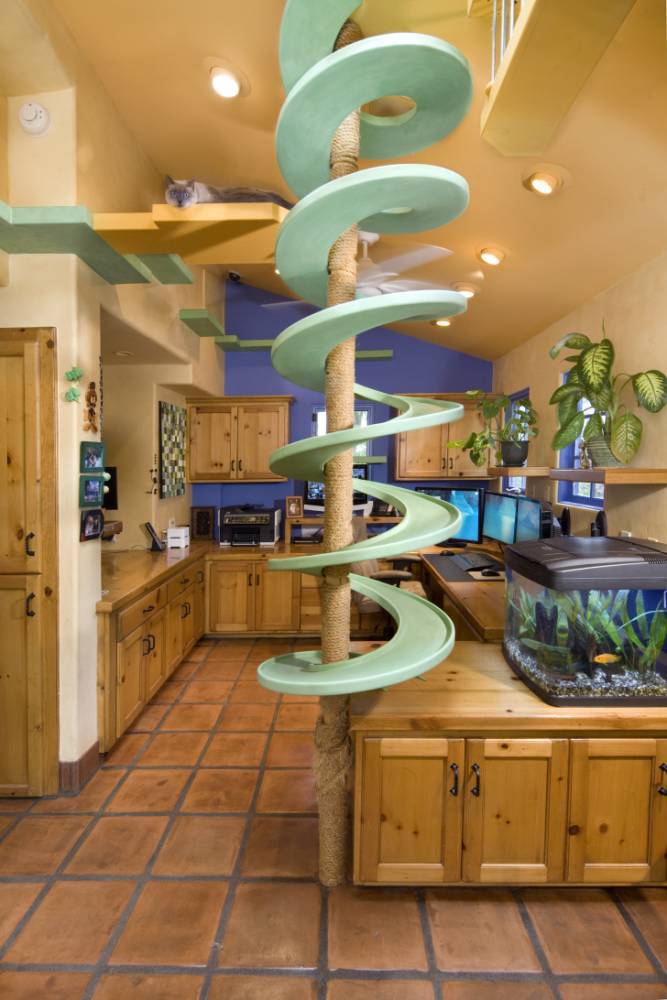 Peter Cohen has modified his home in Santa Barbara, California, to include catwalks, spiral staircases, tunnels, perches and all manner of cool kitty accessories.

The installations are enjoyed by his 14 rescued cats, although he does admit to liking them himself.

‘The catwalks are for the cats but they’re also for me. They’re architecturally interesting to me,’ he said.

MORE: Size 28 woman lost 10st after her sofa buckled under her weight

When he bought the house in 1988 he initially adopted two cats that lived on the property.

He asked people to donate to local animal shelter ResQcats, from where he had adopted several cats.