Are aliens preparing to go to war? Handgun spotted on Mars by Curiosity 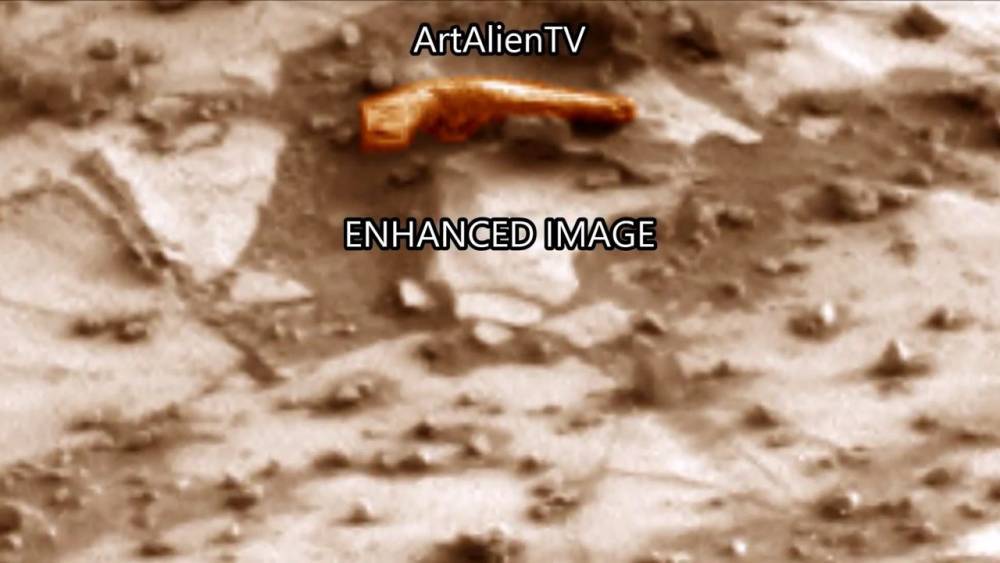 Are aliens dueling with pistols on Mars?

The latest images from robot Curiosity suggest extraterrestrials may be armed to the teeth – after an eagle-eyed amateur astronomer spotted what looks like a gun on the planet’s surface.

Joe White, 45, noticed a rock formation which looks bizarrely like an old pistol.

The space video journalist from Bristol, said: ‘Is this a handgun on Mars?

‘This object is about five to eight inches long and looks very much like an old flintlock pistol with a trigger, barrel and handle clearly visible.

‘The object next to it may be a magazine but you can’t see if it is attached or not. So it could be a machine pistol.’

Joe runs the You Tube channel ArtAlienTV and trawls through Nasa’s images every day to find unusual shapes.

Nasa has been beaming photos from Mars since their mobile robot Curiosity landed there in August 2012.

MORE: ‘Alien’ signal is captured by radio dishes for the first time