As Elvis Presley Fans Gather To Celebrate His 80th Birthday, We Look Back With These 80 Rare, Vintage Pictures…

Elvis Presley would have been 80 years old today – something not forgotten by the millions of fans around the world using the occasion to mark his memory once more, even those who continue to insist we didn’t really lose him in 1977.

READ ALSO:
Elvis Presley’s Museum Curator Reveals The Graceland Artefact That Means The Most…
Elvis Comes To London… With A Special Exhibition Of 300 Memphis Memorabilia

Elvis’s special day has been marked in all sorts of ways – with the reissue of his 1960s albums, a new website dedicated to him, news that his two luxury aeroplanes are being put up for auction, and a brand new exhibition in London, with 300 artefacts borrowed from the museum at his Graceland home in Memphis, shipped over to tell the story of the King. 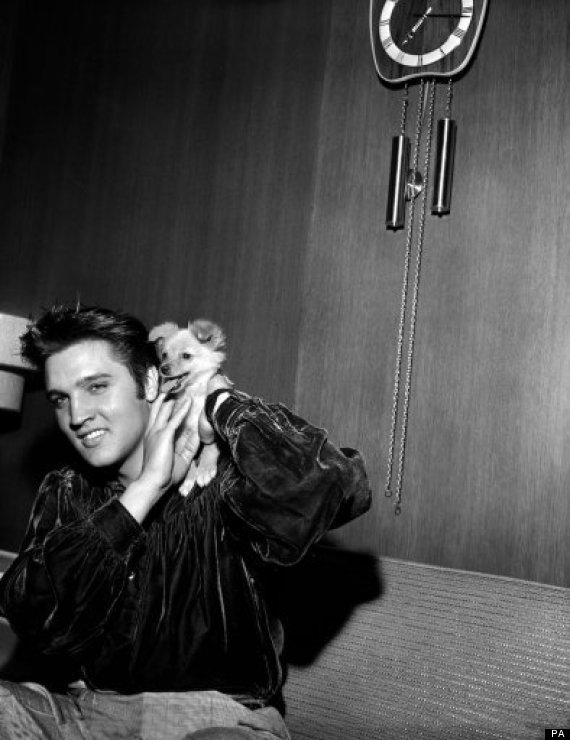 When HuffPostUK spoke to the curator of this most recent exhibition, Angie Marchese, we asked her why this one performer’s legacy endures, so much more robustly than anyone else’s. Yes, his place in culture was special, his particular brand of music representing a burst of liberation from the staid US of the 1950s, but there must have been something else to explain the strong hold he maintains on fans’ affections. 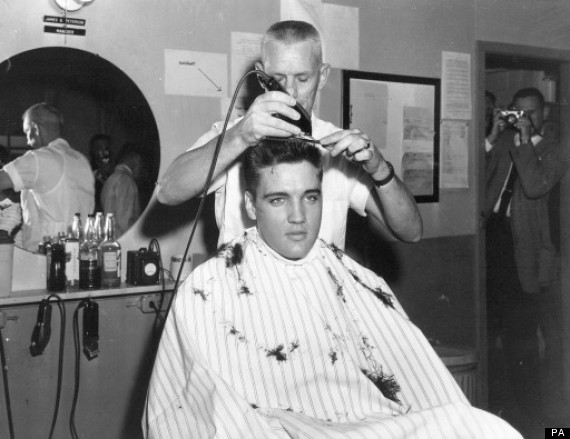 Hair being shaved for military service, just like every other young American gentleman

“In a word, authenticity. He was so real that, despite his gifts, people could identify and connect with him. He had his faults, but he did his best to overcome them, and he had this charisma that, even today, you can’t ignore. It just grabs you.”

But, as Angie reminds us, he was also a man… “the son who promised his mom he would buy her a big house, the friend who would give everyone necklaces, the dad who carried a picture of his daughter in his wallet, the guy next door – he just happened to be Elvis Presley”.

We salute you Elvis, wherever you are, on your special day, and look back with these rare, vintage pictures…