BAFTA has come under fire for appearing to snub Bob Hoskins and Rik Mayall during the event’s annual obituary montage.

Despite Bob Hoskins winning a BAFTA in 1986 for his role as George in the film ‘Mona Lisa’, he didn’t feature as part of the traditional ‘In Memoriam’ section of the event, following his death last year. 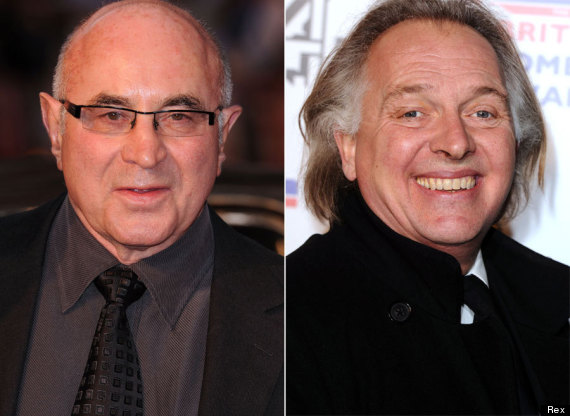 Viewers were quick to take to Twitter to express their anger at the apparent snub of both stars when late actors such as Robin Williams, Mickey Rooney and Lauren Bacall were honoured.

Epic fail by @bafta, missing out Bob Hoskins and Rik Mayall from their "In Memoriam" section last night…..two British LEGENDS!!

Brit Legends Rik Mayall & Bob Hoskins missed off the Memorial Reel?!
Some Fool at #BAFTA picked a whole Bunch of oopsie Daisies there

Did Bob Hoskins like, die too late or something? Rik Mayall left out too. And ‘Diversity’ is clearly just some name of a dance troupe now

How on earth did #BAFTA miss Bob Hoskins and Rik Mayall off the RIP segment?

Hearing a lot about the #BAFTAs not mentioning Bob Hoskins or Rik Mayall in their tributes section. Pretty disgraceful in my opinion.

Very poor #Baftas2015 for no tribute in the In Memoriam section for Bob Hoskins or Rik Mayall, unbelievable!!

No Rik Mayall tribute amongst those remembered at the #baftas. He was in films too. I don’t like it one bit.
#rikmayall

The omission of Bob Hoskins in the BAFTA remembrance montage seems symbolic of the erasure in modern times of the working-class actor.

Enjoyed the BAFTAs, albeit often for the wrong reasons. But Bob Hoskins snub was outrageous.

BAFTA has yet to respond to the criticism.