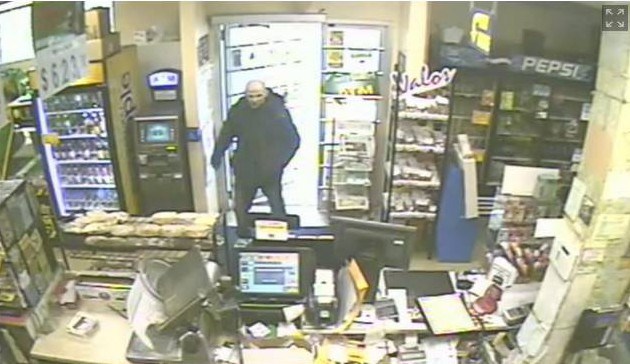 Carrying out a bank robbery can be hungry work but stopping nearby to get a chicken meal after isn’t really a good idea.

Police arrested bank robbery suspect Shane Lindsey about 20 minutes after he allegedly robbed the Citizens Bank in the centre of New Kensington, Pennsylvania.

Witnesses saw a bald man matching his description run towards the restaurant after the theft, but we doubt they thought he was going to grab a bite to eat.

Police knew the business had surveillance video and went inside to view it hoping for clues as to where the suspect went – only to find Lindsey still inside, eating in a booth.

Authorities said the video showed the suspect run past the restaurant and then pause before coming back and going inside.

MORE: 11-year-old boy blamed for a fifth of all his local town’s crime