Beck has responded to Kanye West’s stage invasion at the Grammys with extreme dignity and grace.

The singer was collecting the award for Best Album when West rushed the stage for a moment before taking his seat in the front row again.

At first it was presumed West was poking fun at his performance at the 2007 MTV VMAs in which he also stormed the platform to complain that Taylor Swift beat Beyonce in the Best Female Video category.

But during a post-awards interview he let rip with an extraordinary rant in which he stated Beck should hand over his Grammy to Beyonce.

“I just know that the Grammys, if they want real artists to keep coming back, they need to stop playing with us,” he began.

SEE ALSO: ‘Grow Up You Complete Tw*t’: Shirley Manson Has A Message For Kanye West

“We ain’t gonna play with them no more. And Beck needs to respect artistry, and he should’ve given his award to Beyoncé.” 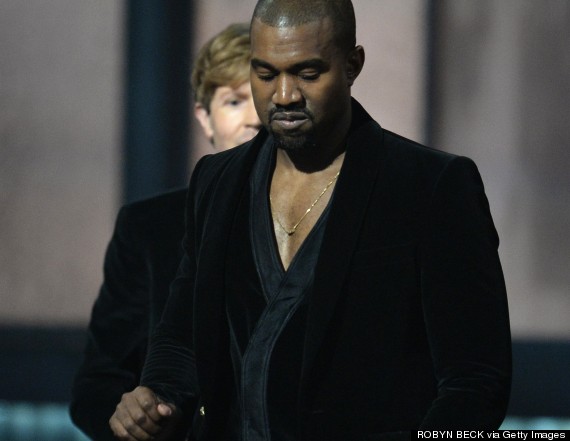 Despite the diss from self-appointed-Beyonce-defender West, Beck has responded evenly and respectfully.

The Loser singer graciously told US Weekly: “I was just so excited he was coming up.

“West deserves to be onstage as much as anybody. How many great records has he put out in the last five years, right?”

“I thought she was going to win. Come on, she’s Beyonce!… You can’t please everybody man, I still love [West] and think he’s genius. I aspire to do what he does.”