Best Netflix Originals You Must Watch 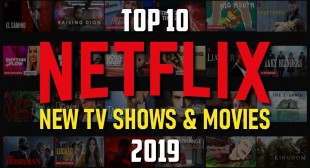 When Netflix was introduced in 1997, no one would have ever thought that where the company will stand. It is was first started as renting films for about 50 cents through email and the platform struggled in its initial years because of the competitors to survive. Blockbuster was entertaining with the era of VHS or the DVD options, which was previously cheap renting with inline stores, including iTunes or Amazon.