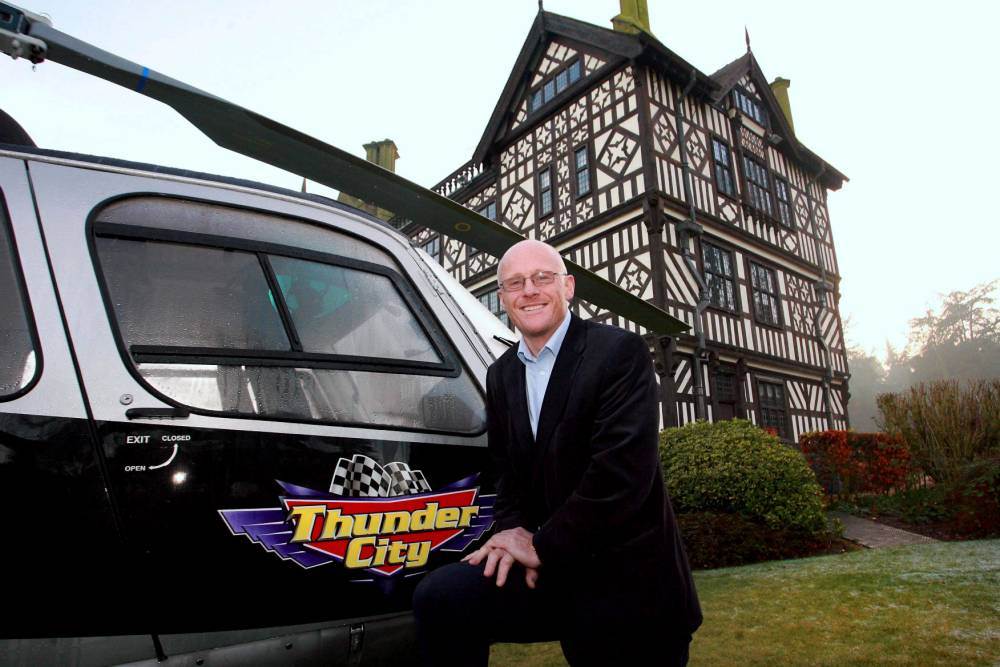 He might be the billionaire founder of Phones 4U, but that doesn’t mean John Caudwell doesn’t believe in the supernatural.

This may be why he thinks his massive Jacobean mansion is being haunted, and by the ghost of a child who died in the English Civil War no less.

The 62-year-old businessman said guests at his 50-room house in Staffordhsire have experienced vibrating beds and felt people brush past them on the stairs when they are completely alone.

He said the spirit is that of a little boy who died during the conflict.

Mr Caudwell explained: ‘The little boy was alone in the house. All the men had gone out hunting – and the Cromwellians came down the drive.

MORE: Zebra leans into a man’s car, so he takes the perfect selfie

‘He shouted: “We are for the king” – and one of the soldiers lifted a musket and shot him dead.

‘He fell in the Long Gallery, crawled into one of the bedrooms and bled to death.’

He even cited a legend that blood stains have been seen oozing through the walls, although Mr Caudwell admits he has never experienced that phenomenon.

Despite this, he says he has no qualms about living in the house, and insists the ghost is friendly.

‘People who think they are in tune with the spirit world always say they can feel something – but it’s warm, not malevolent,’ he said.

MORE: China is cracking down on strippers attending funerals