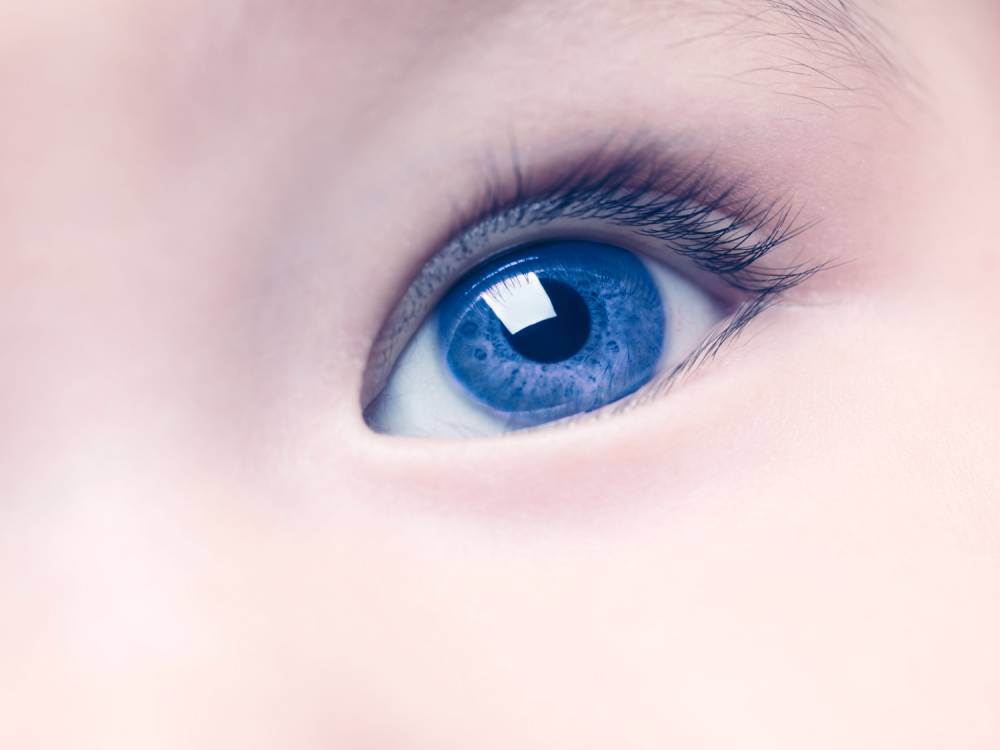 The beautiful blue eyes that many of us love to gaze into don’t actually ‘exist’ and we’re actually being ‘tricked by nature’.

The human eye mimics an effect produced in the Morpho butterfly, in which the sheen on its wings is made to appear blue by a phenomenon known as ‘structural colour’.

The wing scales are actually white, which can be seen when they are viewed using a microscope, according to Deep Look, which has made a video explaining the whole process.

‘Structural colour’ works by refracting light from ridges in the scales to create the appearance of blue, via wavelengths.

The same thing can be seen throughout nature, including in feathers and our own eyes.