Boy, 6, blasted in face with shotgun by cousin 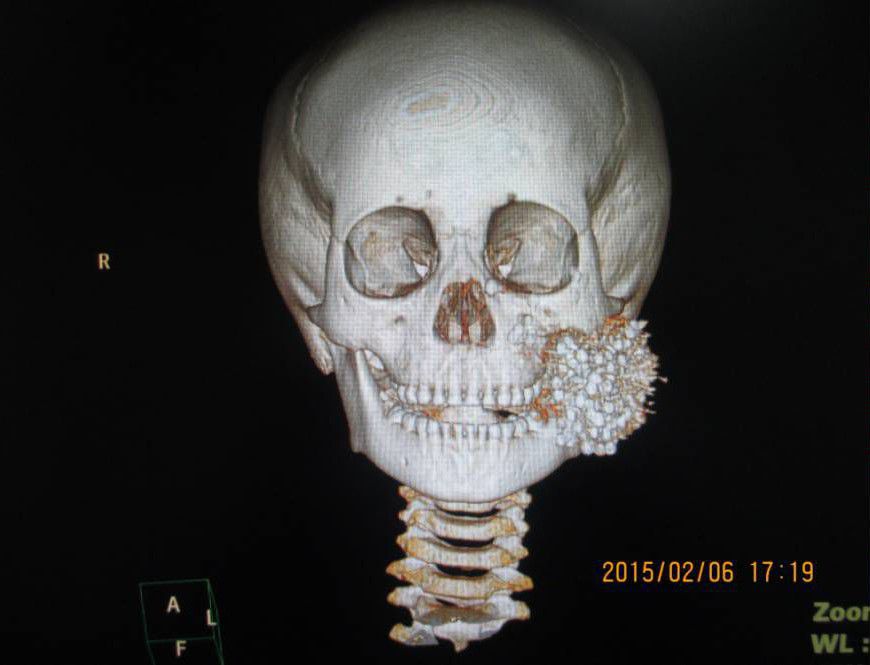 Doctors have removed 325 shotgun pellets from a six-year-old’s face.

Yang Yang was out playing with his cousin, also aged six, when they stumbled across a shotgun in Neijiang, Sichuan Province, China.

Thinking it was a toy, Yang Yang’s cousin picked it up but accidentally shot him in the face.

They ran back inside where his grandmother quickly realised the horrific scale of the injury.

‘They were crying, and Yang Yang’s face had a huge hole, bleeding profusely,’ she said.

Yang Yang’s father said both boys were terrified and couldn’t remember the details of what had happened or how Yang got shot.

Doctors had to remove 325 shotgun pellets, 2mm in diameter, from Yang’s face.

MORE: Electric saw gores decorator in the face – and he survives