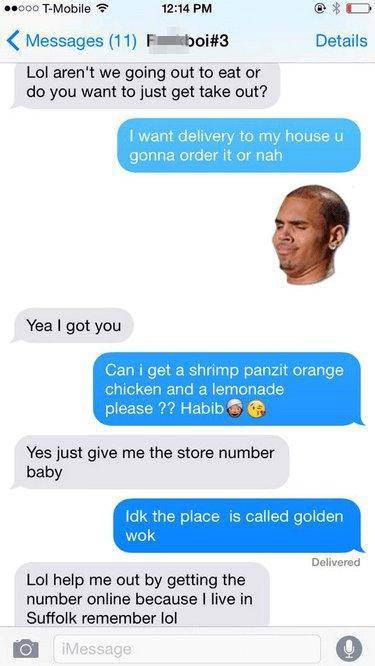 Most boyfriends would react pretty angrily upon discovering that their other half has been playing away – and would furiously demand to know who they’ve been seeing.

But one boyfriend opted for a calmer, more measured approach by conned his girlfriend’s new lover into buying him a Chinese takeaway.

Posing as his girlfriend, he saved her new man on his phone as ‘f**kboi#3’, before pretending that ‘she’ was in dire need of Chinese food.

‘I want delivery to my house u gonna order it or nah,’ he wrote.

Giving the demands as to exactly what he wanted, he… Read the full story