'Boyhood' Star Patricia Arquette Reveals What It Was REALLY Like Watching Herself Age 12 Years On Screen, In Oscar Favourite

We’re only a couple of weeks into Awards Season, and already it looks like ‘Boyhood‘ is the film to beat, with Richard Linklater’s film, shot over 12 years, already scooping up Best Drama at the Golden Globes, Critics Choice Awards and remaining one of the favourites for the Oscars.

Patricia Arquette collected her Critics Choice Award last night to add to her Golden Globe at the weekend. Already a famous screen face for ‘Ed Wood’, ‘Lost Highway’, ‘Flighting With Disaster’ and her TV series ‘Medium’, but she – like most actors – had never worked on a film like Richard Linklater’s ‘Boyhood’ before. 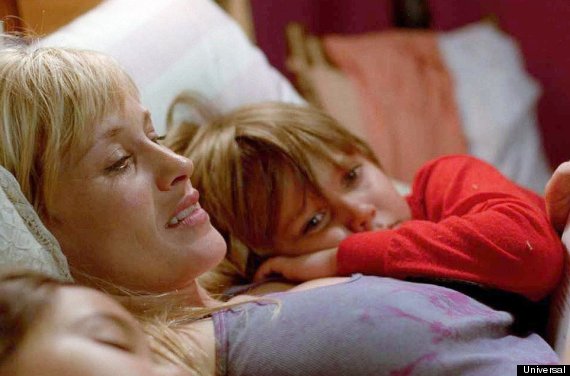 Patricia Arquette was happy to star in Richard Linklater’s film, before she even learned about her character

One of the biggest challenges for Patricia was watching herself grow older on screen. Below, she talks about this, plus what drew her to this unique exercise in film…

How did Richard Linklater pitch this project to you? It’s so unusual…

He called me and said, ‘Hey, what are you going to be doing for the next fifteen years?’ I said, ‘Probably trying to get a job!’ He said, ‘We are going to do this movie where we will shoot every year for twelve years’ and I said, ‘are you thinking about me maybe for this?’ He said, ‘Yeah, yeah – I was wondering if you might be interested!’ I said, ‘Well I’m in! This is amazing. This is the most exciting idea.’ Then I said, ‘Oh, what’s this movie about?’ I thought I should probably ask about my character… My first feeling already was this was going to be an incredible experience. 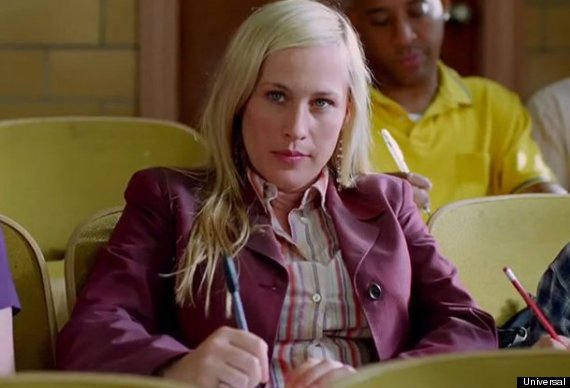 How do you feel watching it back, seeing yourself over the last twelve years?

Visually, it’s pretty brutalising, I’ll tell you that right now. But emotionally it’s exactly what we all wanted. Me and Ethan Hawke (Mason Snr) were really down for that challenge. Yes, it goes fast – letting this part of you go and watching these kids change also and all of these transitions. The story of being humans. My favourite movie is this movie called ‘Sunrise’ (1927) by F. W. Murnau, and it’s called ‘Sunrise: A Song Of Two Humans’, and I was saying to Richard Linklater (Director) last night, this movie is like a song of five humans.

Talk about your character Olivia’s journey through the film, as a mother and as a person. How does she evolve over time?

At the beginning, I think she’s pretty shocked to be a single parent and end up in this situation where she’s shouldering the majority of the responsibility, raising these two kids. I think she decides she needs to make a better living for her kids, and go back to school, but it’s also for her own interest. She decides that to be good parent, she should provide her kids with a more stable household and a more stable male influence. That goes horribly wrong. She’s always hustling and trying to do the best for her kids. Also trying to squeeze in: ‘Who am I? What did I want to be?’

She never really had that moment trying to figure out, on her own, who the hell she was. She was someone’s daughter. She was someone’s mother. Even at the end, she’s just about to start to find out who she is. But at the end, when he’s going away to school, I think she’s shocked by how much it’s terrifying to her – that she won’t be a Mom every day. She doesn’t really know who she’s going to be, if she’s not a Mom. 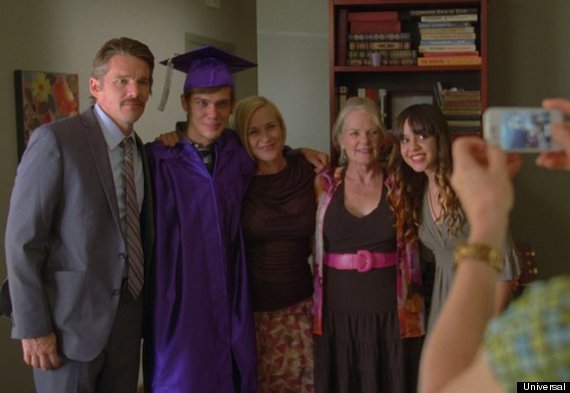 ‘Boyhood’ is about a family in a constant state of evolution

What were the biggest challenges coming back to a character year after year and were there any years where you just thought ‘I don’t want to do it this year!’?

I wanted to do it sometimes three, five, twelve times a year. I wish we did it all the tine. I never didn’t want to do it. I always looked forward to it. Sometimes I would have blue hair or red hair and I would have to dye my hair. That would probably be the only challenge – and it didn’t seem like much of a challenge. The challenge was also, I was doing ‘Medium’ during seven years of it, so just to get the days off was sometimes a challenge.

Are you good at documenting your kids’ lives with photos and videos in the way this film does?

Well, I have a hundred million photos of my son printed out. I haven’t printed out as many pictures of my daughter. I have them. But they are on computers or some weird, random space like that – so I do have to print those out.

Do you think this film, more than anything, is about the passage of time?

‘Boyhood’ is released on Blu-ray and DVD on 19th January 2015. Watch the trailer below…