Jeremy Clarkson has spoken out again following his recent ’Top Gear’ suspension, admitting that he thinks it’s likely he’ll be sacked from the show.

However, Jeremy might be comforted to know that an online campaign calling for him to be reinstated as presenter has become the fastest-growing change.org petition of all-time. 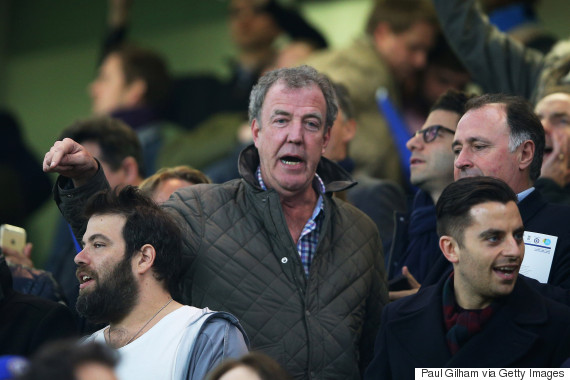 The Metro reports that, when asked whether he was worried about losing his job, Jeremy stated: “Well it’s coming, isn’t it?

Meanwhile, the ‘Bring Back Clarkson’ petition, that was started just hours after the BBC released their statement, now has over 650,000 signatures.

Jeremy was spotted leaving his London home for the first time since the drama unfolded on Wednesday afternoon, where he managed to crack a joke about going to the job centre.

Despite the fact Jeremy is currently suspended, rather than sacked, there’s been no shortage of talk over who could replace him and Piers Morgan has even thrown his hat in the ring.

The presenter’s suspension was announced by the BBC on Tuesday, with a statement that read: “Following a fracas with a BBC producer, Jeremy Clarkson has been suspended pending an investigation.

“No one else has been suspended. ‘Top Gear’ will not be broadcast this Sunday. The BBC will be making no further comment at this time.”

Later reports suggest that the now-infamous “fracas” took place between Jeremy and one of the show’s producers, when catering wasn’t provided after filming.

Of course, Jeremy’s no stranger to controversy. Check out his most-talked about moments below…