'Britain's Got Talent': Maia Gough Stuns Judges With Performance Of Whitney Houston's 'I Have Nothing' (VIDEO)

Maia Gough’s ‘Britain’s Got Talent’ audition was the stand-out performance of Saturday night’s show, and the youngster easily earned her a place in the next stage of the competition.

In yet another bizarre episode that brought us jazz dancing, a “hair show” and even a mother/daughter performance of a song about spanking (‘Fifty Shades Of Grey’ really does have a lot to answer for…), Maia managed to wow the judges without any bells and whistles.

Instead, the 12-year-old schoolgirl from South Wales stunned the judges using just her voice, as she performed the Whitney Houston staple, ‘I Have Nothing’. 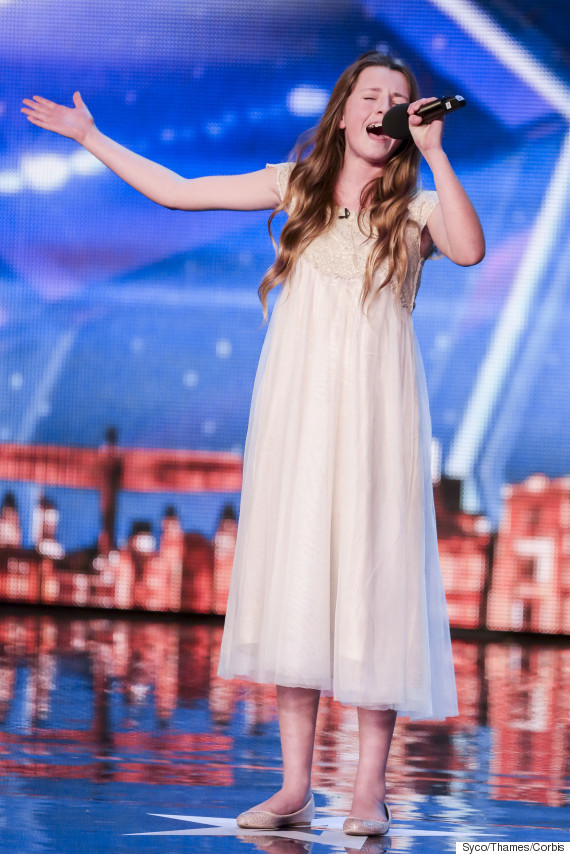 After Maia got the judges up on their feet, Amanda Holden was full of praise, saying: “For 12 years old, honestly, it was mind-blowingly fantastic.”

David Walliams also took the opportunity to address the fact that some people don’t think children should be able to audition for ‘BGT’, adding: “Sometimes they’re miles better than the adults! The way you sang that song, we don’t have to take on board that you’re 12 years old.

“You really are a diva and you really can hold our attention like any adult singer we’ve had on the show.”

Finally, Simon Cowell revealed told the young hopeful: “You are someone to watch. Very, very good.”

Four yeses later, and Maia was put through to the next stage of the competition, which she said felt “amazing”, adding: “I can’t even describe it.”

‘Britain’s Got Talent’ returns next Saturday at 8pm on ITV.