Ok, I was determined not to jump on the bandwagon of dissing ‘Broadchurch’, just because everyone else was having a pop last week, and poking holes in the legal business while they were about it, but… I have to admit, it does seem to have lost its way rather.

The first half of this week’s episode never really got going. The huge cliff-hanger of last week’s missing witness was resolved within five short minutes, and we were back to where we started, DI Hardy mooning around in his chalet, and DS Miller veering between feeling angrily guilty, and angrily not guilty, at her husband’s wrongdoings. Oh, and a baby was born – new life and hope resplendent in tears and bathed in a Tellytubby golden light. 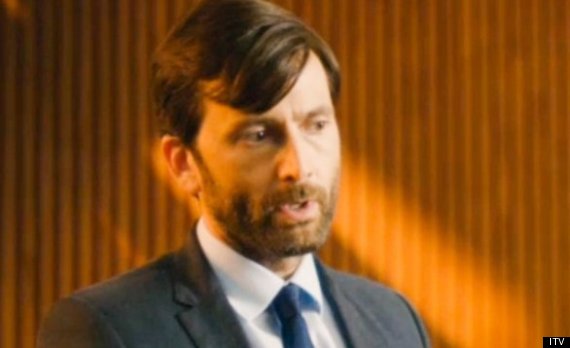 DI Hardy was caught on the hop in the courtroom, but worse was to come

Except there was no new hope, because we were back in the courtroom, rehashing the events of last series, except all twisted by that pesky defence barrister, much to the indignation of an emotional Hardy who a) seemed to have forgotten it was her job to question him and b) seemed to have less currency with the local Bill than even a man smoking in a vest and wielding a rubber hammer, who made him say sorry like a naughty schoolboy. As for that ‘Were the pair of you having an affair?’ thrown at Hardy and Miller, that just seemed like a bit of a random bullet that got fired there, with little to back it up – so far.

All of this would be perfectly acceptable for a two-part midweek drama, ie if it weren’t ‘Broadchurch’, the TV phenomenon that confounded the box set generation first time around and provided week after week of water-cooler moments. It’s not atrociously bad, after all, and Charlotte Rampling’s face continues to be worth the price of admission alone, but… it’s just not… ‘Broadchurch’. But fingers crossed it might be next week. I’m not leaving the party just yet.