‘Broadchurch': Olivia Colman Reveals Many Storyline Twists In The Second Series Were Set Up In The First

If you thought the first series of ‘Broadchurch’ was full of surprises then you’d better prepare yourself for plenty of shockers when the new series kicks off in January, according to its star Olivia Colman.

The actress has revealed that many of the twists of the second series were actually set up in the storyline of the first season.

And Olivia admits she was truly shocked when she first read the top-secret scripts, which were only given to the cast at the very last minute to avoid any leaks.

“You find out very early in the first episode which direction it’s going in and it’s an instant, ‘Whoooa!,” Olivia told The Sun.

“Chris set up a lot of things we never even thought about in the first series and now they’ve come to the fore. 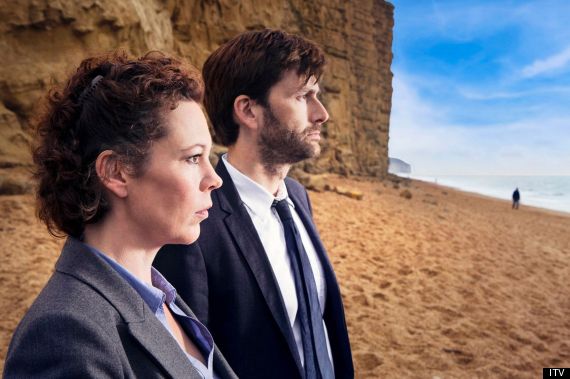 Both Olivia and her co-star David Tennant are back on board for the return of the hit series which, first time around, had half the nation asking “Who killed Danny Latimer?”

And as speculation about the killer’s identity reached fever pitch, a massive 9.3million viewers tuned in for the final episode.

The trailer for the new series (above) shows the town’s residents in trauma and shock, particularly DS Ellie Miller, for whom the crime was tragically close to home.

But now, by the looks of things, she must rally to help her colleague DI Alec Hardy (Tennant) solve another crime, with him telling her, “I can’t do it alone.” 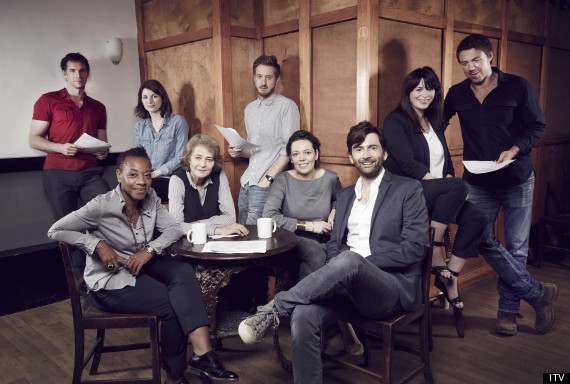 The cast of the second series of ‘Broadchurch’

Chris Chibnall is once again the writer behind the twisting storyline, which will air for eight episodes from January.

He told HuffPostUK how, the first time around, he only told cast members the bare minimum of what they needed to know to play their parts, so very few people knew who the murderer was until the final moment.

As for the new series, Chris says he had no intention of another body being discovered.

“I promise we do not start with the discovery of another body beneath the cliffs,” he said.

“Danny’s murder is an unusual event that has massive repercussions — that’s always been my pact with the viewer.

“The feel of the show is slightly different this time. Grief is not our driving emotion.”