Bryan Ferry’s son Merlin is reported to be in a critical condition after the car he was in was involved in a head-on car crash.

It took the emergency services an hour to free the Roxy Music’ star’s youngest son after he became trapped following the collision in Shropshire on Monday evening. 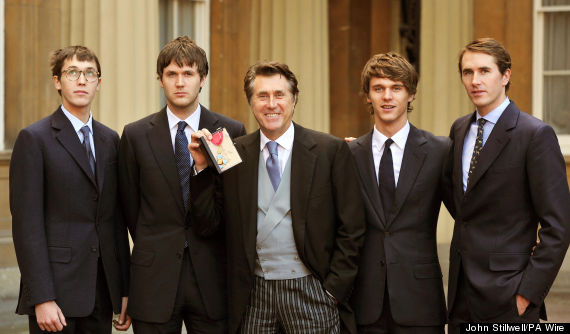 Bryan Ferry with his sons (from left to right) Merlin, Isaac, Tara and Otis at Buckingham Palace

“Thank you for extracting my Brother alive from what looks like a mangled box of tin. We are all continuing to pray,” he tweeted.

@SFRSWellington thank you for extracting my Brother alive from what looks like a mangled box of tin. We are all continuing to pray

Shropshire Fire and Rescue Service tweeted a picture of the wreckage on the A458, half a mile to the north west of Cressage.

Wellington Fire Service said the operation to free the man had been “a difficult extraction due to the impact involved”. 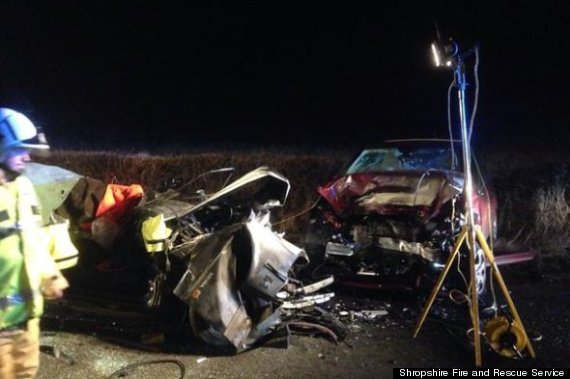 The aftermath of the crash

Two ambulances, a paramedic, a trauma doctor and the crew from the Midlands Air Ambulance attended the scene, West Midlands Ambulance service said.

A spokesman said the trapped man “had suffered multiple fractures to his legs, pelvis, left arm and had a head injury. Working with firefighters, ambulance staff very carefully freed him.”

He added: “He was assessed at the scene and had splints put in place along with advanced pain relief before being taken on blue lights to the Major Trauma Centre at the Queen Elizabeth Hospital Birmingham. The trauma doctor travelled with the patient.”

There was a small fire in the second car, but the driver was able to get out of the vehicle, suffering minor injuries, the spokesman said.

Police said they are investigating the crash, and have appealed for witnesses.

Three years ago, Merlin Ferry joined his brothers Otis, Isaac and Tara at Buckingham Palace to see their father receive a CBE.