Cat cuddles up to the statue of her dead friend 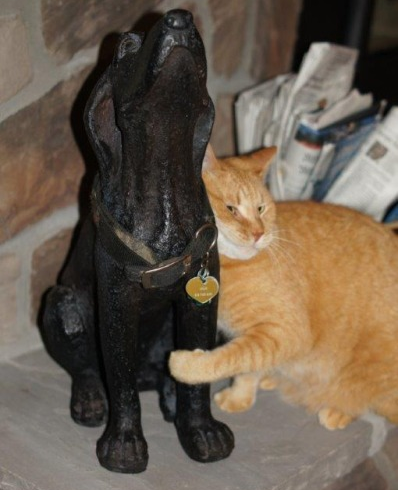 Cats and dogs have always been mortal enemies, however if Hollywood has taught us anything it’s that old rivalries can always be put aside in the event of a death.

When a Redditor known only as Noah’s dog died he decided to have a statue of his deceased friend made and hang the now unused collar around it’s neck.

However after bringing the tribute home Noah’s cat did something unexpected.

Upon seeing her fallen enemy the cat cuddled up to the statue, probably reminiscing of the times they had together.

Of course, the moggy’s face is ambiguous, and she could just be gloating that she outlived her rival.

We may never know…

MORE: Dog can’t find a new home because she has different coloured eyes