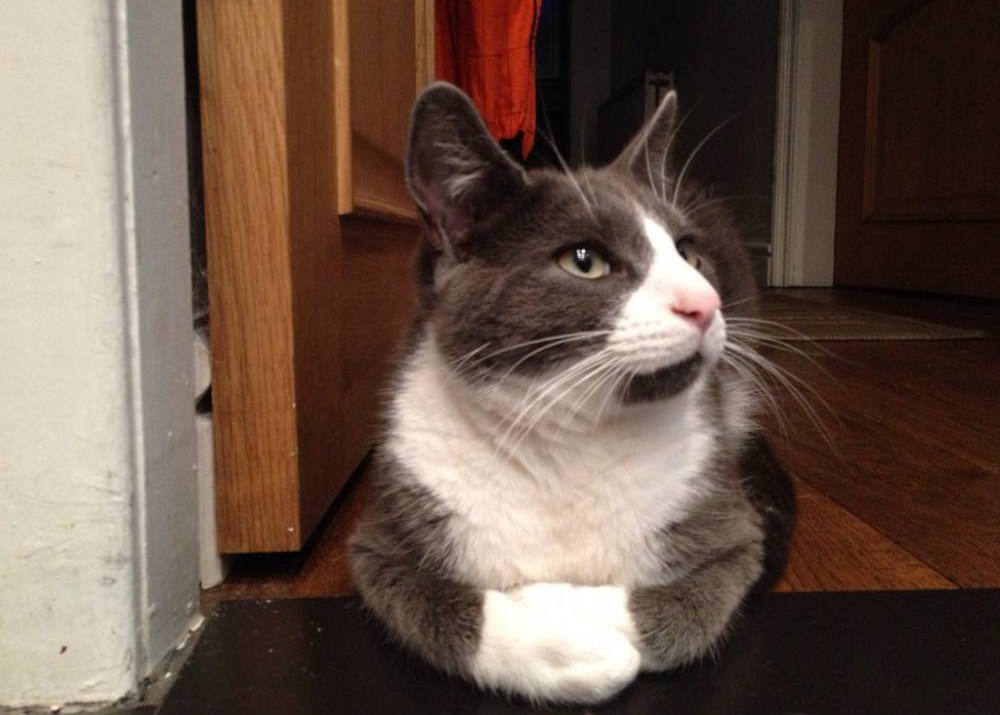 This cat’s playfulness may have cost him big time.

Albus went missing after apparently being rolled-up in his neigbour’s carpet and then taken to the Sharston Recycling Centre in Manchester.

The adventurous cat had been playing with a neighbour’s kitten last Monday, frolicking among several carpets destined for the tip.

It is thought when the neighbour in Burnage took the rugs to the centre, Albus had somehow found his way into them.

Thankfully it didn’t seem as if the cat had been crushed in an incinerator after a worker apparently saw him jumping from the back of his van.

MORE: Teenager has part of nose bitten off in attack

That will bring a bit of comfort to owner Zoe Gray, 30, who has launched an appeal to find her beloved animal.

‘We are devastated. We just really want anyone to get in touch if they have seen him,’ she said.

‘We so want him home. It would be nice to know someone is looking after him and he is okay. He is part of our family.’

MORE: Air Force ‘whistleblower’ claims plane ‘chemtrails’ are spraying us all with poison

Since last week, Zoe and her husband Chris, 33, have been out scouring local streets and parks for Albus every day.

It is thought the pet ran off in the direction of Didsbury Golf Club.

He is described as quite big, grey with a white belly and a little grey spot on his chin, like a goatee.

The couple also have another cat, five-year-old Charley.

MORE: ‘Shoplifter took poo from knickers and rubbed it in guard’s face to escape’