Instead, the housemates played a game, with immunity from the next eviction as the prize – though obviously, there was a twist. 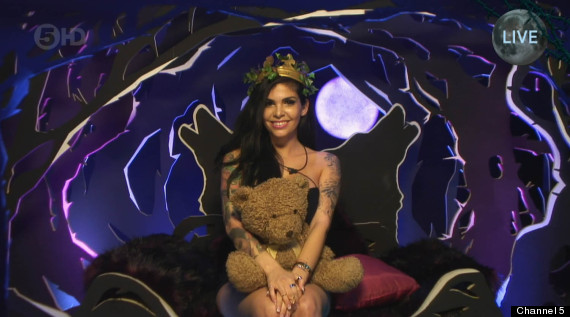 Cami was delighted by the turn of events

Each housemate was instructed had to pick another to save from eviction. The final celebrity would then be the first star confirmed to face the public vote.

However, what they didn’t realise is that the final remaining person would actually be immune, and crowned King or Queen of the fairies.

The chain started with Nadia Sawalha, who picked Patsy Palmer, who then in turn chose to save Perez Hilton.

The chain continued to Keith Chegwin, who was then left to choose between Cami Li and Chloe Goodman, knowing that the person left would face the public vote.

After Cheggers announced that he was saving Chloe, as he reckoned the “toughest” housemate Cami Li would fare better with the prospect of leaving, the shock twists was revealed. 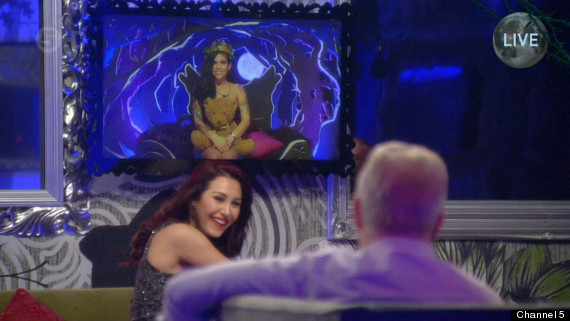 Cami’s coronation was screened in the living room

A delighted Cami learnt her fate in the diary room and emerged with a crown and cape.

Over the next two days, she will rule and decide who else should be saved. Fingers crossed, the task should bring some much-needed laughter to the house.

The first week hasn’t exactly been easy, and while Jeremy and Ken were removed by bosses, Perez has also received a warning for threatening behaviour.