Perez Hilton hasn’t exactly been popular during his time in the ‘Celebrity Big Brother’ house, and now he’s landed himself in trouble with Big Brother, and the police, according to reports.

On Friday, the controversial housemate was called to the diary room after a bust-up with Calum Best. 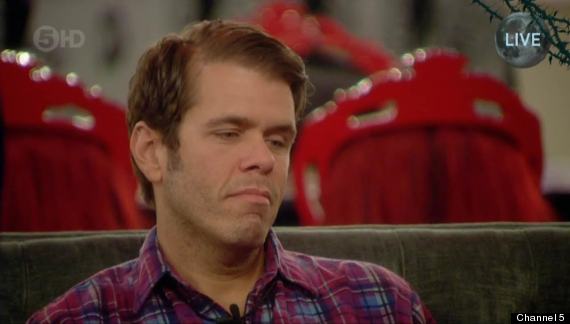 During an argument over when the bedroom lights should be turned off, Perez lashed out at Calum, shouting that he would “shove a huge dick up your arse”.

When the housemates attempted to intervene, Perez persisted and once again shouted the comment.

He was then asked to the dairy room, where Big Brother issued a warning.

“If you repeat this behaviour again, Big Brother may have no choice but to remove you from the house,” he was told.

However, Perez didn’t seem too bothered by the warning, and sarcastically replied: “Fabulous.”

A number of viewers have taken to Twitter to criticise Perez, with many arguing that his words were a rape threat.

#CBB Perez threatens Calum with male rape and gets away with a warning. The old bloke from corrie and the US lad got chucked out for less

Erm… Perez just basically threatened to rape Calum? Yet he is still in there? #bbbots

Perez’s troubles don’t end there though, and it’s believed that he could be questioned by police following his behaviour towards Katie Hopkins.

Earlier this week, viewers saw Perez attempting to lick Katie’s face before allegedly asking her to perform a sex act on him.
Perez’s actions came after Katie directly told him to stop, reports The Mirror.

The paper has now spoken to Hertfordshire Police, who have confirmed that they would investigate if Katie lodges a complaint.

“Of course, if Katie Hopkins were to make a complaint, we would make enquiries,” a spokesperson said.

Despite being one of the least-liked housemates, Perez dodged eviction on Friday night, when Nadia Sawalha left the house.

Thanks to last week’s twist, the blogger is automatically up for eviction every time. He will still complete his nominations as normal.