Champion martial arts fighter pretends to be timid newcomer, beats the stuffing out of trainer 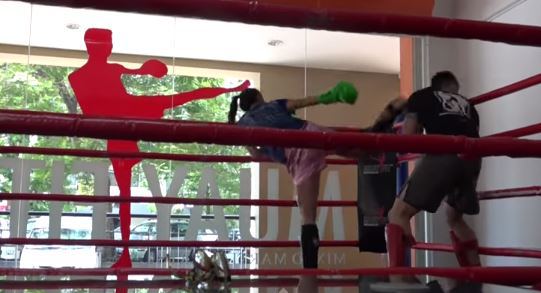 This video shows the amazing moment that a seemingly timid girl revealed that she’s actually a pro martial arts fighter – by unleashing all hell in the ring.

In the clip, it’s revealed that Germaine Yeap is actually a skilled Muay Thai fighter, as she’s seen unleashing a furious combination of moves on a punch bag, and taking part in an intense training session.

But then she gets in the ring, and adopts the persona of a timid and shy individual who seems reluctant to trade blows with the unsuspecting gym trainer.

And unfortunately for said trainer, he only realises it’s all an act as they begin fighting – and he’s floored by a devastating kick to the head,… Read the full story