Cheryl Fernandez-Versini ‘Written Out Of Her Ex Derek Hough's Autobiography'

Cheryl Fernandez-Versini’s former flame Derek Hough is set to erase her from his past, by not including their relationship in his memoir, according to reports.

The dancer dated Cheryl after they met on the set of her ‘Parachutes’ music video in 2010, however, it seems Derek is keen to forget the relationship. 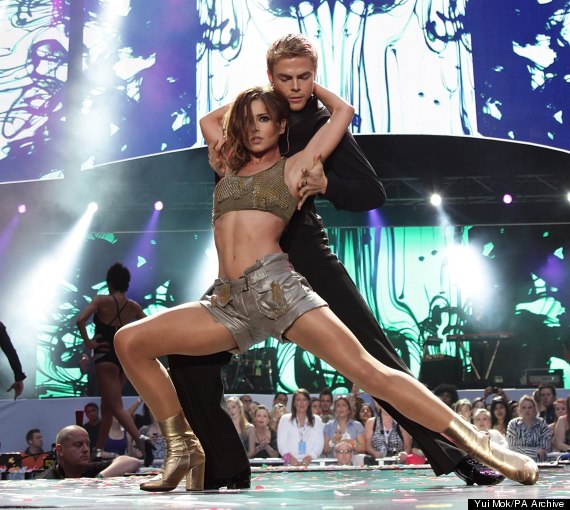 Cheryl and Derek first met when they worked together

Derek played a huge part in Cheryl’s life and was by her side when she contracted malaria.

A source tells The Sun: “Derek honestly thought Cheryl was the one when they were together. He doted on her every word and helped her come back emotionally after her split with Ashley.

“He was also at her bedside morning, noon and night when she suffered her malaria scare after their break to Africa.”

“Cheryl had never been treated like that before and adored Derek,” the source continues. “However, in 2011 she called time on their love affair when she moved full time back to England.

“Derek was devastated. He tried to win her back, but they never made it work.

“The scars are still there and we think he couldn’t re-live the heartache. Derek had kept the relationship a secret in the most part, but sharing his heartache was too much, too.”

Since parting ways, Derek and Cheryl have both moved on separately and last year, Chezza announced that she had secretly married her boyfriend Jean-Bernard Fernandez-Versini.