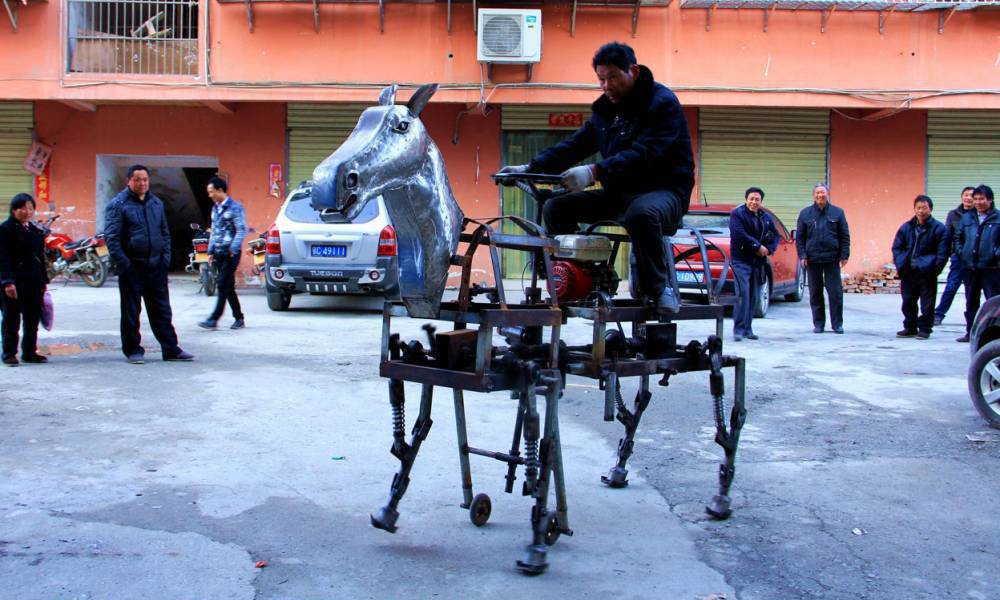 An inventor has designed and built a functioning mechanical horse.

The result doesn’t quite have the grace and beauty of a real horse, however it is quite an impressive accomplishment from an engineering standpoint.

Su was inspired by the story of Zhuge Liang, a Chinese ruler who allegedly created the first ever mechanical horse 1,800 years ago.

Su says he wanted to create a mechanical moving horse for years, however he got side-tracked by his other inventions, such as a mechanical elephant and a helicopter modified for road use.

‘I have often thought about how it might work, and suddenly a few months ago I had an idea how to solve one of the problems, and decided to give it a go,’ he said.

The mechanical horse stands at 1.5 metres high and 2 metres long, and weighs 250 kilograms.

MORE: Give up that law degree now, because one study believes lawyers will be replaced by robots before 2030