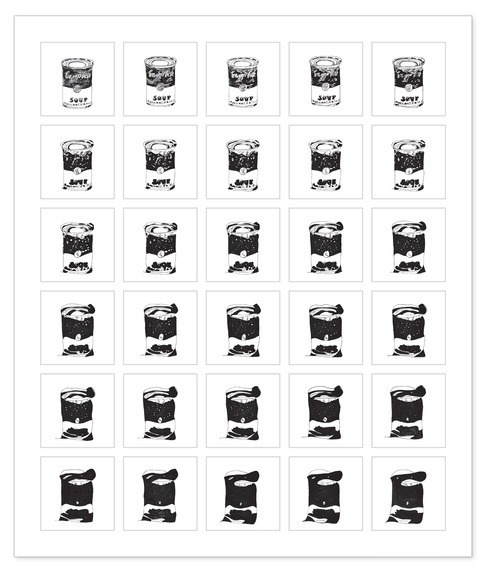 The game “Chinese Whispers” is known by many other (somewhat less racist) names: the grapevine; the rumour; pass the message; and so on. You probably know the rules – the first player whispers a sentence to a second player, who whispers it in turn to a third player and so on, until finally the last player and the first player say aloud what was first and last whispered. Generally, the two whispers are very different from one another, and often amusingly so. Needless to say this phenomenon is not specifically ‘Chinese’; rather, it demonstrates the difficulty of perfect replication, and creative possbility of unintended mutations.

This is the core to the current project by the husband and wife duo Rob and Nick Carter‘s show Chinese Whispers at The Fine Art Society. They have worked in a wide variety of media including videos of slightly shifting classical Nature Morte images, which I particularly like. They are conceptual artists whose projects are often very different in form, and this is no exception. They sent Andy Warhol drawings to professional Chinese artists, asked him/her to reproduce the drawings as accurately as possible, then send the reproduction to another Chinese artist; and so on up to 50 times as in the major piece exhibited here, The Last Supper. 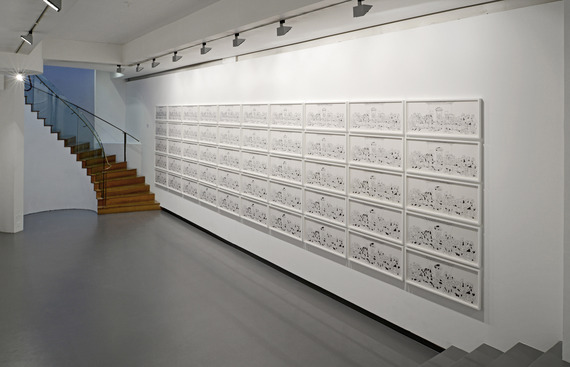 All the works are gridded up so we can see the small changes from drawing to drawing and the eventual first and last image and how much they differ. An iconic Campbell soup can becomes a black blob, Roy Rogers becomes a parrot and the Playboy Bunny becomes a duck. It is a real whisper of information that is corrupted by the very air that sound travels on. If you do not know the original visual reference and what it might mean or indicate, it is no wonder that you will not be able to depict it as well as someone who is from that culture. I wonder what would happen if they were to repeat the project but with Western artists? 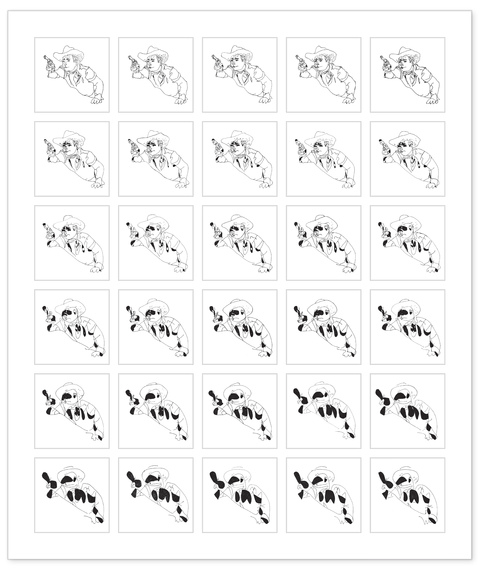 But they are interested by how East and West see things. It is the difference they are intrigued by and the results are impressive. It is a method of East/West interaction many artists are working with, now that China has become a place for the manufacture of Western art ideas. There are whole cities devoted to making porcelain or even Western paintings, the output of which can be seen- for example – on the railings of Hyde Park.

The Italian artist Maurizio Bongiovanni has been working with Chinese artists to create works that deconstruct the natural in the digital age. He sends the Chinese artists his own drawings of birds and a set of instructions as to how they are to complete the paintings, as if they have been stuck in old style fax machines and when the works are sent to his studio he retouches them again to complete the final works. Western imagery goes to the East is rethought and returned, to be re-seen by the Western artist where he reinterprets his own whisper. 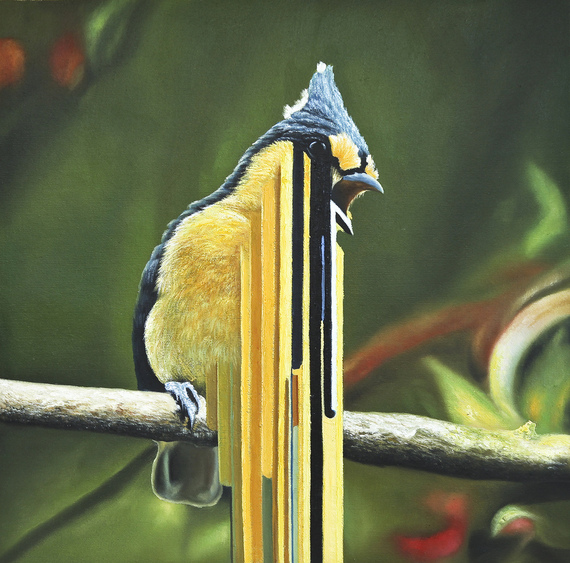 Natsue Ikeda is a Japanese artist who lives in London, and she has in a way repeated in reverse the process of imagery transmission. She went to Piccadilly where there are a variety of Western street artists who will draw your portrait for about £20. She hired ten different artists and asked them to draw her as accurately as possible for her work called Academy. The results were rather different and she felt that none of them were really able to capture what she looks like in real life. One of the artists even turned her into a Disney princess with barely any reference to her non-Western features. 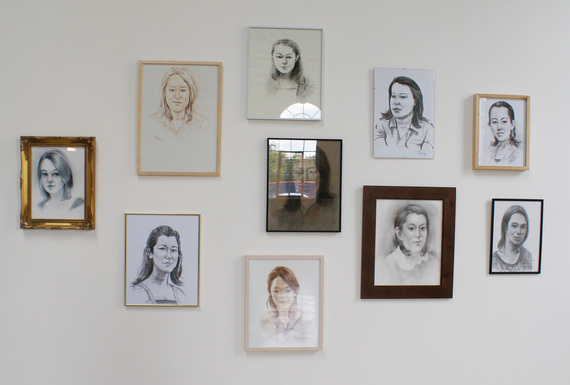 So it works both ways: the West can’t really see the East, any more than the East can see the West.

Then again, whereas ‘North’ and ‘South” are geographic realities (i.e. they decribe the axis about which the world turns), ‘East’ and ‘West’ are constructs. Specifically, they are the hemispheres that fall either side of the Prime Meridian which passes through Greenwich, London, and were set by the British Empire which ruled the waves, and upon which the sun never set. Until, of course, it stopped ruling the waves and the sun set upon it. “Chinese Whispers” can change, and so can political and cultural realities. Perhaps in a future iteration, East and West will be able to see one another more clearly than they do today. Equally, the attitudes of Empire are still in the ether as the rise of the Far Right and the ugly head of Nationalism returns to the body politic – or is that just a rumour?