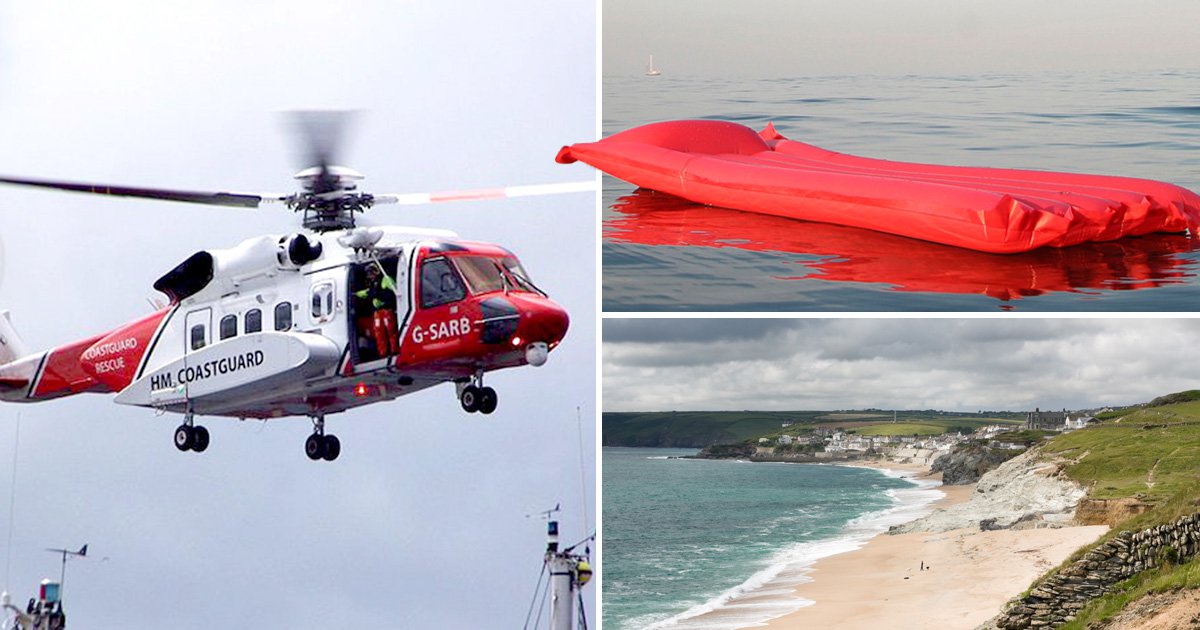 The Coastguard Agency is using a viral story that never happened as a way to remind people the dangers of being at sea.

The story goes that a family billed rescuers £7 to compensate them for the cost of a lilo when they rescued their child but left the lilo in the water in Cornwall.

The family were then sent an invoice for £7,000 – the cost of the rescue. However, the Maritime and Coastguard has said the story was a hoax.

In fact it is believed that it is an anecdote from the 80s that resurfaced but is not believed to have happened.

The coastguard said: We’re aware that there is a story going around on social media today claiming that a family made a claim against a Coastguard helicopter base for the loss of an inflatable following an incident.

‘We’d like to point out we’ve never had a helicopter known as Coastguard 771 & we have no record of anyone contacting any of our bases to claim any money for an inflatable lost at sea.

‘We do however urge people not to use inflatable toys at the coast as they are not designed to be used in the sea and can actually be very dangerous to use them there.

‘We will always answer the 999 call when we are needed and we will always respond in a maritime emergency, without counting the cost. #AlwaysOnCall’

What is wrong with Asha in Coronation Street as she uses skin lightening cream?

Was Sansa Stark behind Jon Snow's downfall on Game Of Thrones?