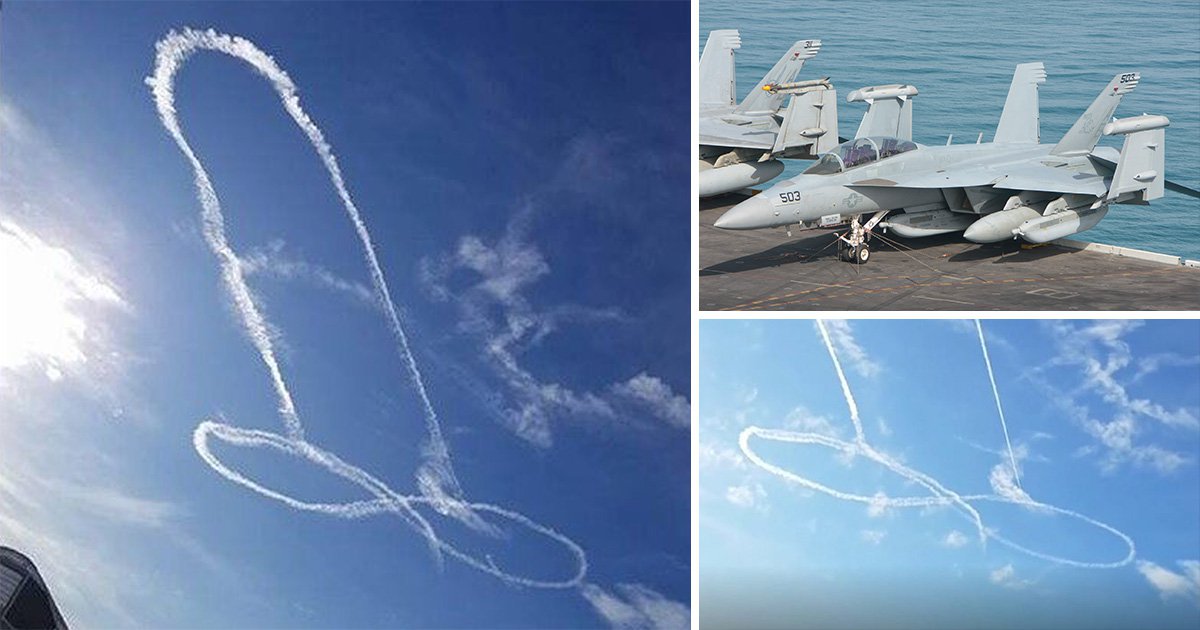 Two Navy officers laughed as they said it would be ‘so easy’ to draw a huge penis in the sky with their plane contrails.

Audio from the cockpit reveals the two were concerned that the ‘balls are going to be a little lopsided’.

They also debated how long to make the shaft, saying they wanted it to be ‘wide’ but not so wide it ended up looking ‘just like three balls’.

They took photos of their handiwork after it was complete – but when it failed to disappear and just lingered in the clouds, they started to worry about more than the exact outline.

Both were disciplined for the stunt in the sky over Washington State, although they were able to keep their jobs.

Now details have emerged about exactly what happened, in a report given to the Navy Times.

‘Draw a giant penis,’ the EWO says. ‘That would be awesome.’

‘What did you do on your flight?’ the other pilot responds. ‘Oh, we turned dinosaurs into sky penises.’

‘You should totally try to draw a penis,’ the EWO said.

‘I could definitely draw one, that would be easy,’ the pilot says. ‘I could basically draw a figure eight and turn around and come back. I’m gonna go down, grab some speed and hopefully get out of the contrail layer so they’re not connected to each other. 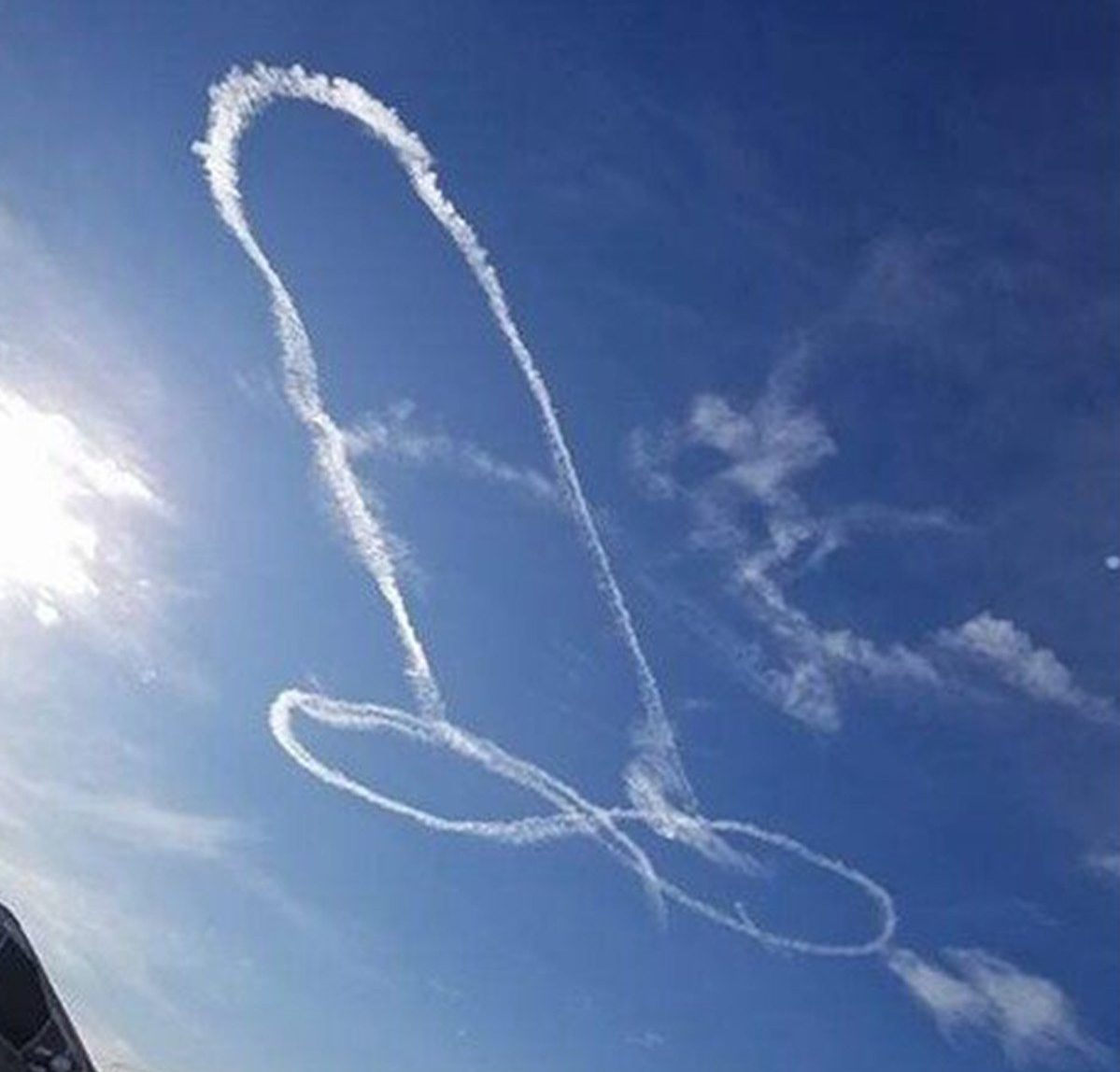 They worried the balls would be lopsided (Picture: Twitter)

‘Dude, that would be so funny. Airliner’s coming back on their way into Seattle, just this big [expletive]ing, giant penis. We could almost draw a vein in the middle of it too.’

The EWO then replies that the contrails were being left and the art was happening.

‘Balls are going to be a little lopsided,’ the pilot said.

‘Balls are complete,’ he said moments later. ‘I just gotta navigate a little bit over here for the shaft.’

‘Which way is the shaft going?’ the EWO said.

‘The shaft will go to the left,’ the pilot answered.

‘It’s gonna be a wide shaft,’ the EWO responded.

‘I don’t wanna make it just like 3 balls,’ the pilot said.

Another pilot flying with them radioed over to congratulate them on the artwork.

But as it stayed there and the contrails didn’t dissipate, they became more anxious, trying to fly back over to scribble it out.

It didn’t work, and soon they needed to fly back to Naval Air Station Whidbey Island to refuel.

Their masterpiece had been noticed by those on the ground. A mother had taken pictures and sent them to a news station, and back at the base the squadron’s executive officer (XO) had also been notified about it.

He asked the junior officers if anything unusual had happened during their flight and they confessed immediately and apologised.

As they didn’t have prior disciplinary actions, they were allowed to keep their jobs.

An investigator’s report seen by the Navy Times said: ‘While the sky writing conducted by [the lieutenants’ was crude, immature, and unprofessional, it was not premeditated or planned and not in keeping with their character demonstrated prior to the incident.

‘Even so, it has caused the United States Navy severe embarrassment in the public arena and jeopardizes the strategic narrative that underpins the justification of the flight hour program.’