The star was discussing the recent court case in Ireland that saw the Ashers Baking Company taken to court and found guilty of discrimination for refusing to make a gay marriage cake. 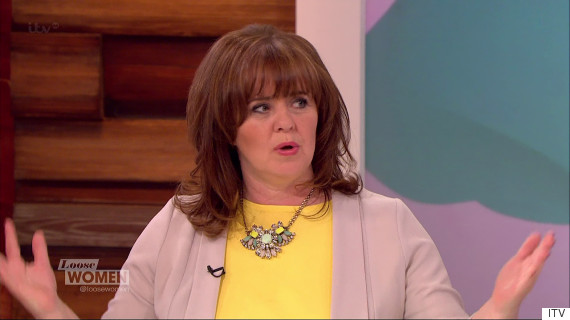 After Coleen defended the bakery for stating that it was their religious belief to be against gay marriage, she then shocked some viewers by asking if they have to accept orders to make a cake with a gay slogan on it, would it mean they have to accept an order with a design supporting Islamic extremist group ISIS.

“At the end of the day, if you went in there and two days later they said ‘we don’t want to make your cakes because of our beliefs’, you’d just never go back to that shop and you’d probably say to all your gay friends, ‘don’t go there, they’re anti-gay,’ and boycott it,” she said.

“What about if somebody walked in and said I want a cake and I want the whole Islamic State on it and how I support it and how I support them killing our people. Because it’s a business do they have to make it? And if they turn around and say they’re not making it, we’d all applaud it.” 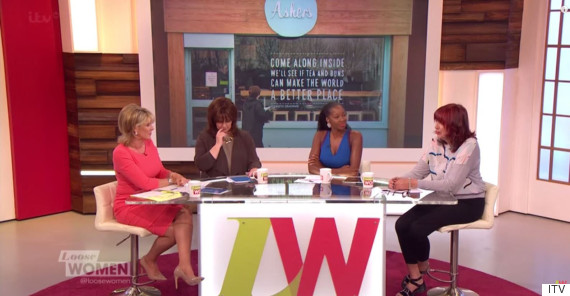 Viewers took to Twitter in disgust at her comments calling for her to be sacked or publicly apologise.

“@NolanColeen Your comment comparing supporting gay rights with ISIS is so offensive, I feel you should issue a public apology,” one angered viewer wrote.

“It is not illegal to be gay.It IS illegal to discriminate.ISIS kill innocent people in sickening ways.Gay people want equality.”

“I hope you get fired for that @NolanColeen,” said another.

“I am shocked and appalled that @ITV have allowed @NolanColeen to say that on air. Such a disgusting opinion. She is so offensive,” added another.

@NolanColeen Your comment comparing supporting gay rights with ISIS is so offensive, I feel you should issue a public apology.

@NolanColeen It is not illegal to be gay.It IS illegal to discriminate.ISIS kill innocent people in sickening ways.Gay people want equality.

I hope you get fired for that @NolanColeen

@NolanColeen comparing equal marriage rights to Muslim extremism is outrageous and offensive. Religion is a choice. Being gay is not.

Being a member of ISIS is a choice, Sexuality is not @loosewomen @NolanColeen

@NolanColeen you should be ashamed of yourself comparing the #lgbt community to Islamic State. Absolutely vile thing to say!!!! @loosewomen

I am shocked and appalled that @ITV have allowed @NolanColeen to say that on air. Such a disgusting opinion. She is so offensive

Well @NolanColeen did say it so it was 100% a moronic statement to make.

So according to Coleen Nolan the gay couple should have just went to another bakery and got on with it. She’s a twat #Ashers

@NolanColeen Abusing the rights of gays is religious freedom. Not letting you discriminate due to faith is religious persecution. Really?

Coleen Nolan equates being gay to being a murderous terrorist… I just can’t believe @ITV would allow that.

@NolanColeen do you actually believe that equality for gay people is comparable to Isis? #sortitout

Coleen previously sparked controversy on the show back in 2007 when she admitted that she did not agree with gay adoption as “there was only so much [she] was willing to accept”.

Her comments also follow the recent storm caused by fellow panelist Jamelia, who argued that clothing for women of certain dress sizes should not be available on the high street.

HuffPost UK has contacted a spokesperson for Coleen and ‘Loose Women’ and is awaiting a response.