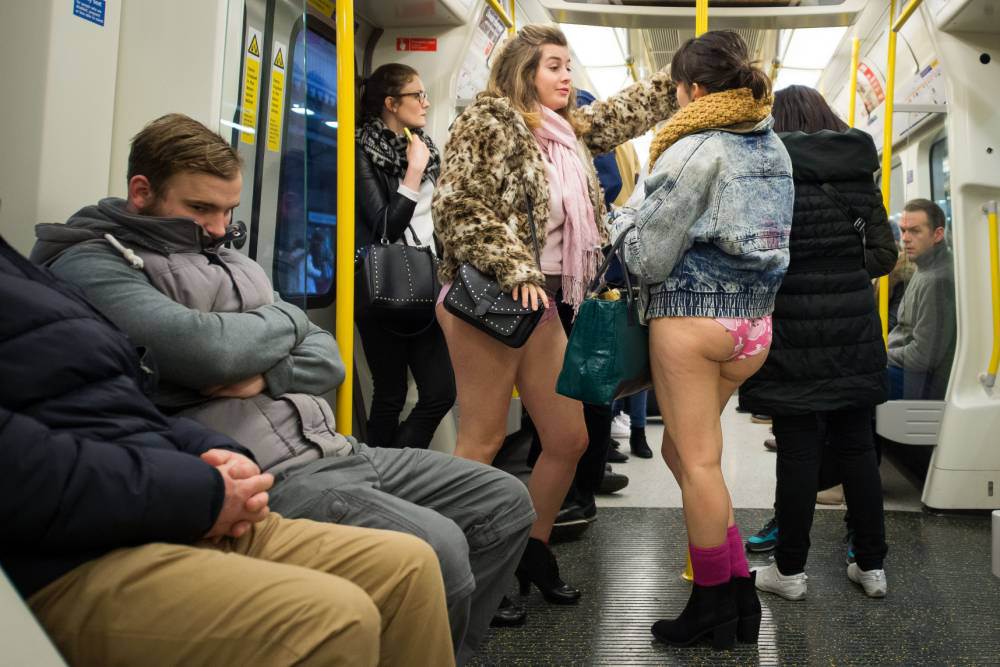 If you got an eye-full of someone’s bum while travelling on the tube this weekend it was probably because it was no pants day.

If that wasn’t the reason given then you might have been witnessing something more sinister but we doubt this was the case.

People without trousers were spotted at stations such as Oval and Clapham Common yesterday.

The no pants subway ride event, which began in 2002, saw people across the world leaving their trousers behind to take a journey on various underground networks.

Romanian subway officials had got their knickers in a twist over the planned stunt after hearing people in Bucharest were going to take part.

They threatened to fine anyone who ‘disturbed public order or were indecent’, but this didn’t appear to deter people who were eager to strip down.

Others in the USA, Germany, France and Australia also took part in the unconventional celebration, with a lot of them having to brave the cold weather.

The no pants subway ride, which is described as an ‘international celebration of silliness’, began in 2002 in New York as a stunt and has spread around the world since then.