‘Coronation Street’ actress Katy Cavanagh has announced that she’s stepping down from her role as Julie Carp.

After seven years rocking every daring print under the sun, the actress has decided not to renew her contract with ‘Corrie’, and will be leaving the soap later this year.

Speaking about her departure from the ITV soap, Katy said: “I have decided it’s time to take a break from the cobbles and pursue other projects and opportunities. 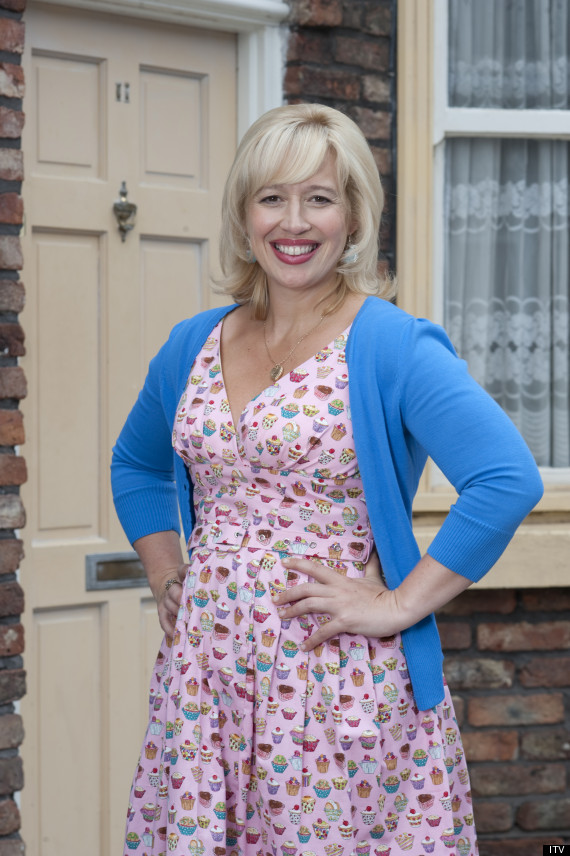 “I have loved every minute in the world of Julie Carp and I’m not ruling out a return to the Street in the future. However, I am looking forward to a new challenge and a pair of flat shoes.”

Her storyline will see her leaving Weatherfield behind, after her relationship with Dev hits the rocks, following his trip to India.

‘Corrie’ producer Stuart Blackburn said: “Julie Carp has become a warm, wonderful and eccentric character able to raise a laugh and a tear in the same scene.

“Everyone at Corrie wishes Katy all the very best and hopefully as far as Julie is concerned, the cobbles haven’t seen the last of her.”

Julie first arrived on the scene as Julie in 2008, as a love interest for Kirk Sutherland.

While the scatty but lovable machinist is mostly used for comic relief, she’s had her fair share of dramatic storylines, such as the revelation that she was the half-sister of Eileen Grimshaw, and the sad discovery that she’d had a phantom pregnancy.