The latest new face to arrive on the ‘Coronation Street’ cobbles has been announced, with Katie Redford joining the cast as Bethany Platt.

When viewers last saw Bethany, she was a wide-eyed little girl, off to Milan to start a new life with her young mum, Sarah-Louise (played by Tina O’Brien).

However, it seems that in the time she’s been away things have changed after it was previously reported that Bethany is now a troublesome 14-year-old who causes drama right from the offset when she turns up unannounced at the Rovers Return, and tricks one ‘Corrie’ resident into buying a drink for her. 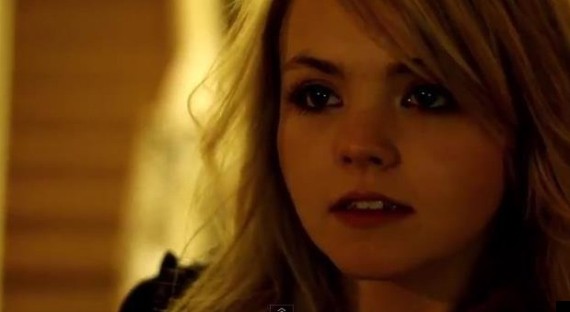 After announcing her exciting news, Katie said: “Until I’m actually on set, I genuinely don’t think it will sink in that I’m joining the cast of Coronation Street. I know it sounds clichéd but it really feels like a dream come true.

“Bethany Platt is going to be such a fun and witty character to play and I hope everyone enjoys her return as much as I’m going to!”

‘Corrie’ executive producer Stuart Blackburn has also confirmed that Bethany’s arrival will cause yet more drama for her long-suffering gran, Gail Platt.

He revealed: “Life has just got a lot more interesting for the Platts… and anyone who crosses Bethany’s path.”

The 19-year-old actress, five years older than her ‘Corrie’ character, also tweeted about her excitement, when her ‘Corrie’ debut was officially confirmed on Friday.

I’m so honoured to be joining the cast of @itvcorrie – I don’t know who’s happier-me or my Nan. Thanks for your lovely support so far xx

Her Twitter profile was recently given a curious makeover, as up until Friday, she had been known as @KatieRedord89, before changing it to @KatieRedfordtlc, as evidenced in this tweet from her management.

Finally we can proudly announce our wonderful @katieredford89 will be the new regular, Bethany Platt, in @itvcorrie http://t.co/44fvII7AEh

‘Corrie’ fans can look forward to Sarah-Louise and Bethany’s return to the cobbles in the upcoming months.