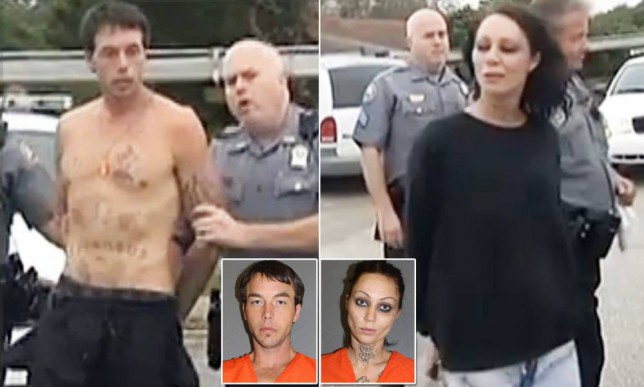 A couple who were ‘high on drugs’ managed to become trapped in a janitor’s cupboard for two days, only to find it was unlocked the whole time.

Amber Campbell, 25, and John Arwood, 31 broke into the Marine and Environmental Science Center in Daytona, Florida and found a closet where they allegedly smoked crystal meth and crack cocaine.

In their intoxicated state the pair forgot how to exit the cupboard, and were trapped inside for two days before they finally decided to call the police on Tuesday.

Officers went to the building where the strong smell of excrement led them to the entrapped couple.

Upon freeing them, the police found two days’ worth of faeces and urine in the cupboard, along with drug smoking paraphernalia.

Ms Campbell and Mr Arwood could only enjoy their freedom momentarily, as they were instantly arrested for trespassing.

MORE: Man does ‘MDMA and cocaine, steals ambulance then masturbates in police custody’

Officers were unable to find a way to lock the door, and could not figure out how the pair became trapped in the cupboard.

Maybe they should have gotten some advice from this guy: