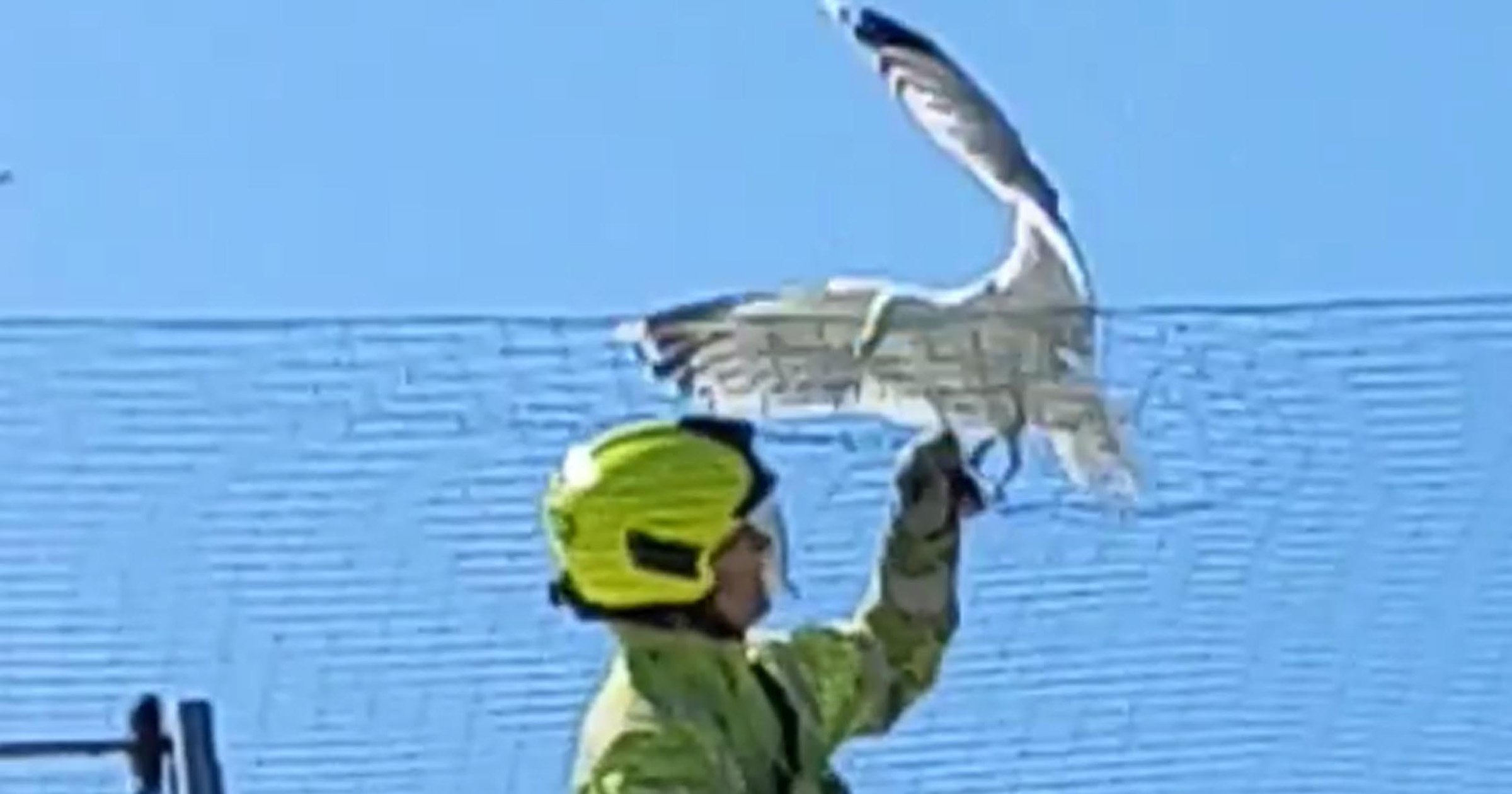 Seagulls get a bad rap for their antics pinching people’s ice creams – but when the chips are down, we still don’t want to see them trapped in a net.

That’s why ‘six or seven’ firefighters turned up to rescue a struggling bird from where it had got stuck on a roof.

The gull was spotted tangled above a building in Exmouth, Devon, on Tuesday, and the RPSCA asked emergency services to rescue it.

Eye-witness Rose Whine, who filmed the rescue, said: ‘I went into my car and then the fire engine turned up. I couldn’t get out as it was blocking my car.

‘Loads of fire fighters jumped out of the engine.

‘I saw the seagull sitting there. I just watched it all.

‘There must have been six or seven fire fighters. They jumped out of the fire engine and were checking out the bird. They put the ladder out and a chap went up.

‘When you see a fire engine, the first thing you do is look for smoke. There were no big sirens blaring. It was just calm.’

Rose added that it was lovely to see the seagull fly away freely.

She said: ‘It was really interesting and of course someone made a comment and said this is one of the most British things because there are a lot of views towards seagulls.

‘You see signs up saying not to feed them and yet a whole service has come out to rescue it.’

A spokesperson for Devon and Somerset Fire and Rescue Service said: ‘We received a call to that location just before 2pm via the RSPCA regarding a bird in distress.

‘The crew from Exmouth attended and a firefighter went up a ladder to lift the netting on the roof, allowing the seagull to fly away unharmed.’