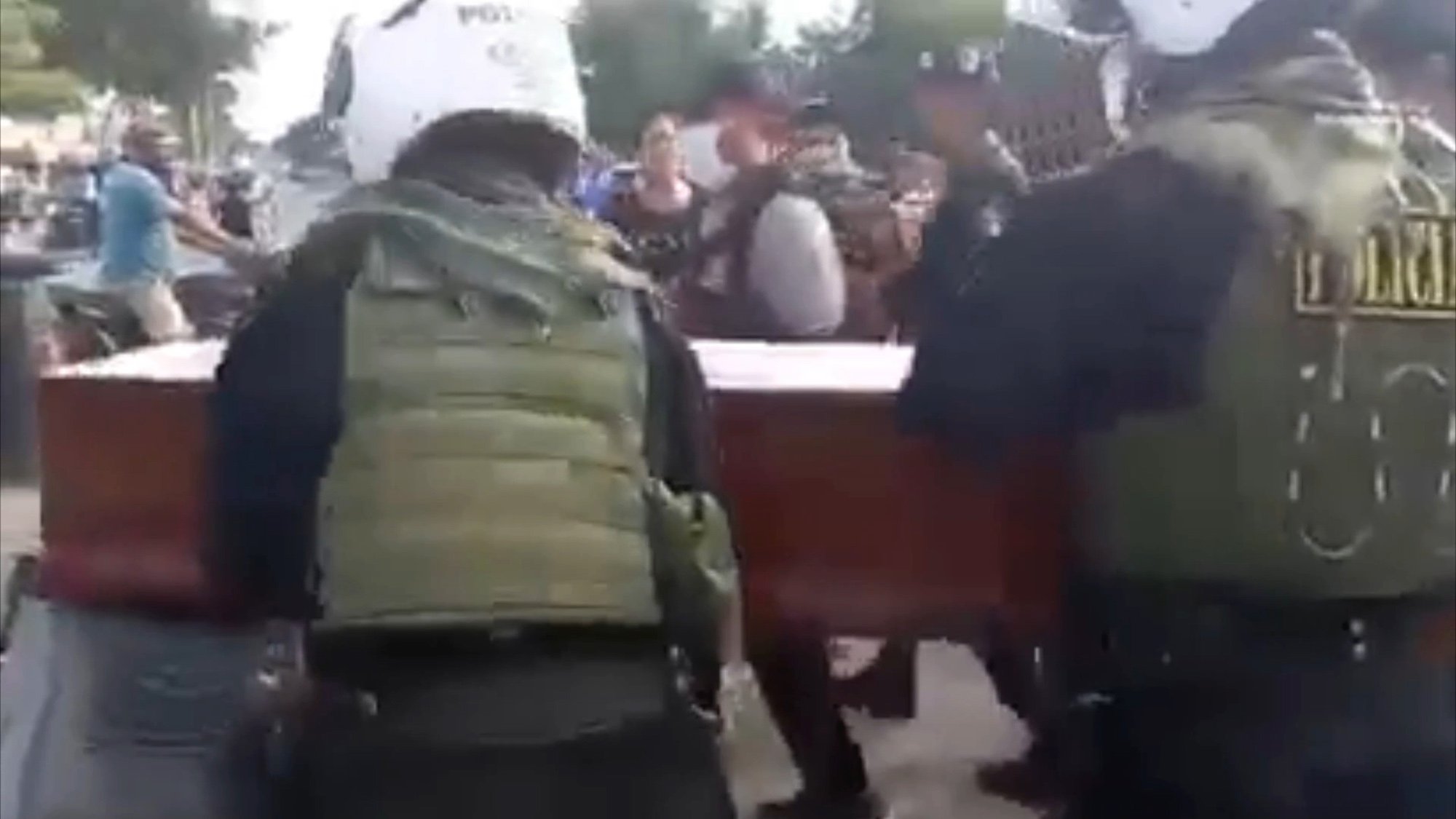 Warning: You may find the content of this story distressing.

A funeral in Peru was dramatically interrupted after ‘knocking’ was heard from within a coffin.

The family of Rosa Isabel Cespedes Callaca had gathered in the city of Lambayeque to pay their final respects on April 26.

Rosa had been involved in a serious crash in the region’s Chiclayo-Picsi road.

The accident claimed the life of her brother-in-law and left her nephews with serious injuries.

She had been pronounced ‘dead’ following the horrific crash, and later loaded into a coffin ahead of her funeral.

But when her relatives hoisted the wooden structure onto their shoulders, they began to hear strange sounds.

They lowered the coffin and opened the lid to find a weak, but very much alive, Rosa peering up at them.

Cemetery caretaker Juan Segundo Cajo said: ‘[She] opened her eyes and was sweating. I immediately went to my office and called the police.’

Shocked relatives rushed Rosa, still in her coffin, to the Referential Hospital Ferrenafe in Lambayeque.

Once there, Rosa was found to have weak signs of life, and was hooked up to a life-support machine by medics.

But her condition deteriorated and she tragically died just a few hours later.

Her family, who had to say their farewells twice, are now demanding answers.

They have expressed outrage at healthcare bosses at the fact she was declared dead ‘in the first place’.

An unnamed aunt told local media in Lambayeque: ‘We want to know why my niece reacted yesterday, when we were taking her to be buried.

‘We have the videos in which she pushes and touches the coffin.’

Rosa’s family suspect she may have been in a coma following the crash, which could explain why she was pronounced dead the first time round.

Police in Peru are now working to investigate just what happened at the Lambayeque Regional Hospital – where she was first treated – which led to her death.

Rosa’s three nephews, who were injured in the same crash as she, are said to be recovering in hospital but still in a serious condition.