'Death of a Salesman' Is Miller's Stark Warning 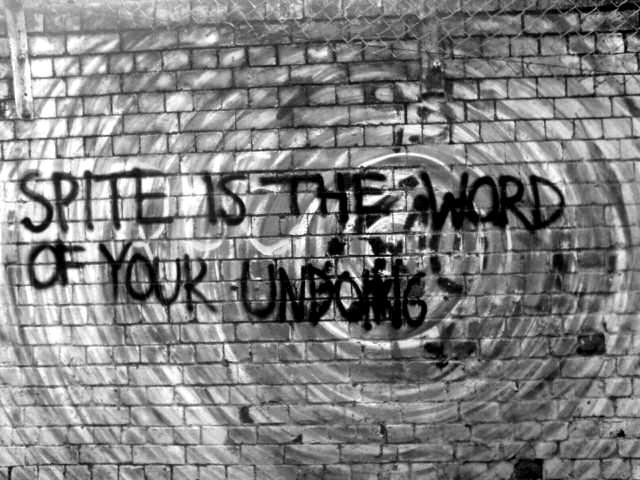 Life is a game. And when the game’s over, it all goes back in the box.

That’s the overall message of Arthur Miller’s Death of a Salesman. Following a run at the Royal Shakespeare Theatre in Stratford-upon-Avon, the RSC have transferred the production for a limited run at the West End’s Noel Coward theatre.

I usually go for musicals when I visit the West End. I’m not alone either — the longest running and highest grossing West End shows are almost all musicals. But Death of a Salesman is one of those classics you must see, so I gave this straight play a shot.

The play is essentially a scathing critique of the American dream. Willy Loman (Anthony Sher) has worked hard his whole life. He should be looking forward to a cushy retirement in New York with his loving wife Linda (Harriet Walter), enjoying frequent visits from his two handsome and successful sons, Biff (Alex Hassell) and Happy (Sam Marks). But that’s not quite how it turns out.

For decades Willy, a traveling salesman, has been commuting 300 miles to New Jersey – where everyone knows his name. Linda is a contented housewife who doesn’t need much other than her boys. Happy is a lothario and assistant buyer; Biff is a star quarterback, returning home to visit his family.

But as the act progresses, this picture perfect snapshot of family life begins to fade.

We learn that Willy’s off salary and he now only gets commission. His health is failing, he keeps crashing the car and he’s started muttering to himself. Happy is really just an assistant to the assistant buyer and girls aren’t doing it for him anymore. Biff hasn’t been off playing football, he’s been labouring in Texas — something his dad isn’t happy about.

Illusion vs reality is established in a series of flashbacks to when the boys were growing up, and we learn how Willy instilled a sense of grandeur in his kids from an early age.

Meanwhile, Willy’s boastful facade begins to crack. There’s no love for him anymore in New Jersey. “I joke too much. I’m fat. I’m very foolish to look at. They laugh at me.” Linda’s worried because she keeps catching him having arguments with an imaginary Biff and she’s found a makeshift noose in the garage.

At the end of the act, a family argument culminates in a hairbrained scheme: Willy’s going to get his boss to reassign him to New York and Biff is going to set up a sports goods firm with Happy. 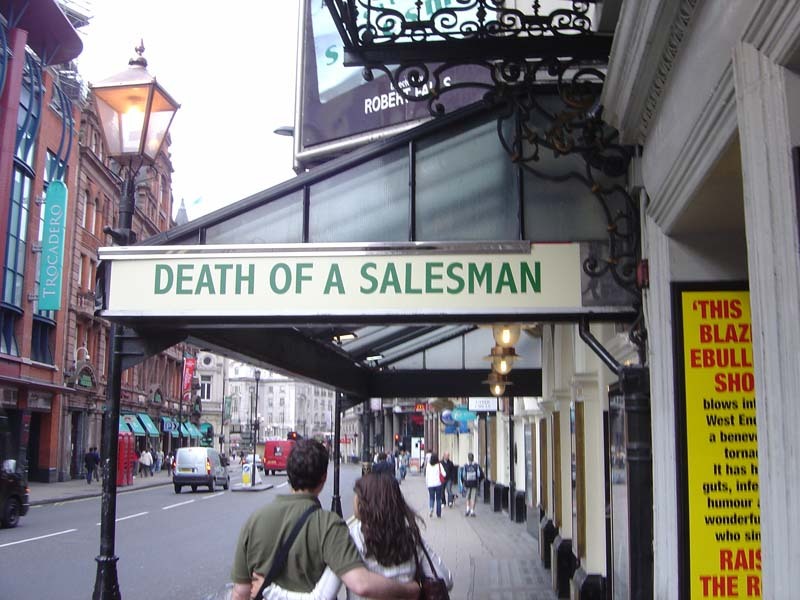 The second act is an emotional beating, and the tragedy of the piece is accentuated by the obvious impending failure. Through Willy’s flashbacks, the audience become privy to information that the characters themselves are unaware of. The family whip themselves up into a whirlwind of false hope and the audience can only batten down the hatches as the storm tears across the stage.

Their scheme – of course – fails. Perhaps the most poignant scene takes place in a restaurant where the boys have preemptively planned to have a celebratory dinner with their father. The mood sours as each party learns of the others’ failure. Willy goes off on a maddened rant and his sons end up abandoning him to pursue some random women they met earlier.

The piece succeeds in how much pity we feel for the family. Because, at the core of all the arguing and heartache is a simple story of a loving father and husband trying his best to provide for his family. The problem is, he’s been tricked by the system and has wasted too much of his life already to admit it.

We want to believe Willy’s false picture of reality so much that when he finally kills himself in the penultimate scene, we’re shocked – despite his suicide being hinted at from the beginning.

Performed with the slick naturalism expected of the RSC and with an exquisitely crafted set to match, I easily became lost in the story. The first hour was a slow buildup but the action-packed second act whizzed by in a flash. I left the theatre, as I expect Miller intended, questioning my own goals and motivations and society more broadly.

It struck me that Miller was way ahead of his time in his critique of the American dream and capitalism. We exist inside a consumerist bubble full of false images of beauty and success where we’ve lost touch with what’s actually important.

For me, Miller’s masterpiece is a stark warning and it’s terrifying that 66 years since it premiered, we’re no closer to getting the message.

Death of a Salesman is playing at the Noel Coward Theatre until 7 July.