Deborah Bone, the mental health nurse who inspired Pulp’s hit ‘Disco 2000’ has died at the age of 51.

Deborah, a mental health nurse from Sheffield, died earlier this week, reports Hertfordshire paper The Comet, just hours before it was announced that she has been awarded an MBE for her services to young people in the mental health sector. 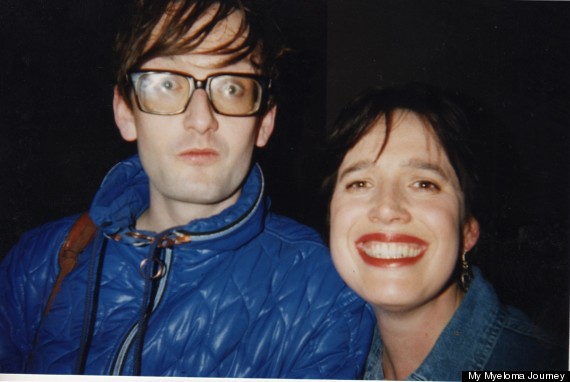 As Jarvis Cocker sings on the track, his mother was a friend of Deborah’s, and she addresses the topic on her blog, My Myeloma Journey, which details her journey since being diagnosed with bone cancer.

“I have been told and like to believe that I am the Deborah in the No.1 hit ‘Disco 2000’ but we never did get to meet up by the fountain down the road,” she wrote. “Still the family keep in touch and Kate and I got to join in with the fun and frolics as VIP’s at one of his concerts in Wembley.”

Deborah’s husband Colin has shared his sadness with The Comet, stating that he’ll be collecting Deborah’s MBE with their daughter.

“Learning Deborah had been awarded an MBE was a very emotional experience,” he states. “Her first thoughts characteristically were for the other people who helped to make her achievements possible.

“I shall be so proud to attend the MBE award ceremony on her behalf accompanied by her daughter Pollyanna who is following in her mother’s footsteps working for the NHS and already achieving national recognition.”