Derren Brown Knocks Homophobe Down A Peg With Excellent Comeback

Illusionist and national treasure Derren Brown has issued an excellent retort to a homophobic Twitter troll.

Lurking tweeter HossamAlyyy only recently heard about Brown’s sexuality, despite it being public knowledge for several years.

The revelation brought him to launch a rather harsh tirade at the mental magician. 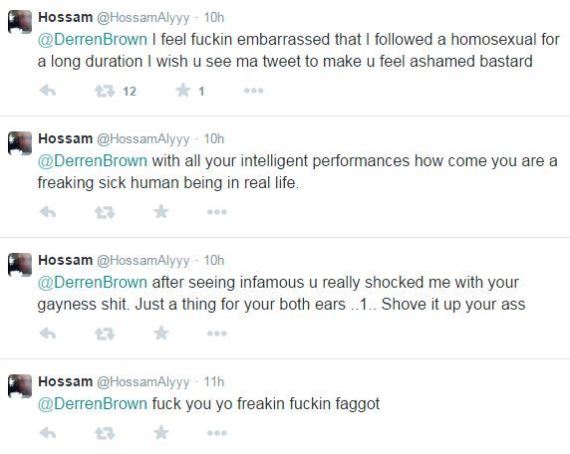 After four ridiculously unpleasant attacks, Brown decided to respond to the homophobic comments.

And he did it really, really well.

.@HossamAlyyy I’m very flattered you’re attracted to me (if I read between the lines correctly) but I’m not looking for a bf right now x