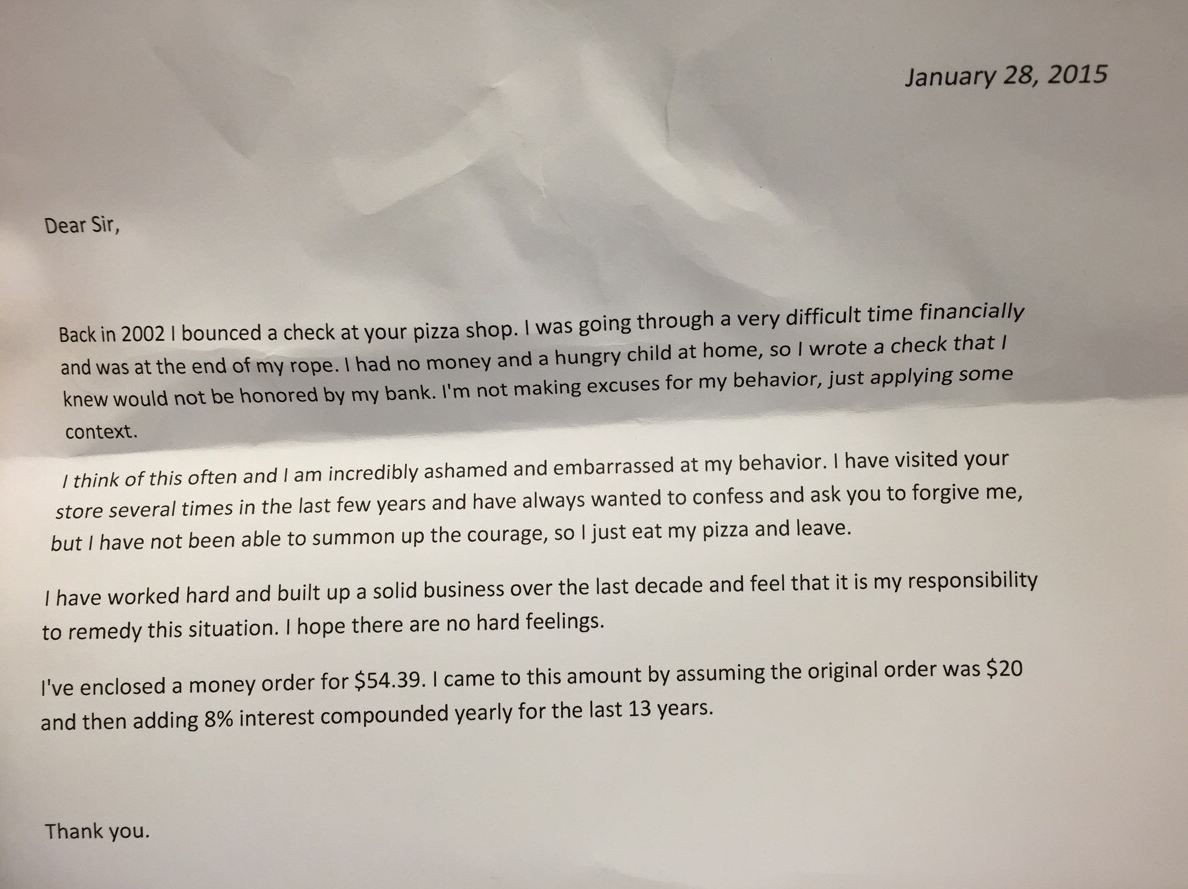 A desperate customer who stole pizza to feed his kid has paid the restaurant back 13 years later after making it as a successful businessman.

Reddit user ‘morgan_freemum’ shared the incredible letter written by a guilt-ridden customer who used a cheque he knew would bounce to pay for a meal.

The original meal cost $20, but he returned the money with interest at $54.39 as penance.

Part of the letter reads: ‘Back in 2002 I bounced a cheque at your pizza shop.I was going through a very difficult time financially and was at the end of my rope.

‘I had no money and a hungry child at home.’

He apologises and continues: ‘I have worked hard and built up a solid business over the last decade and feel it is my responsibility to remedy this situation. I hope there are no hard feelings.’

The pizza shop owner has expressed his delight in a series of comments under his own post on Reddit.

One reads: ‘The guy didn’t have to do anything, this is a big showing of his character. To include interest was really generous.’

MORE: Pizza Hut is giving away free pizza – and all you have to do is sing