Driver gets stuck between a rock and a hard place 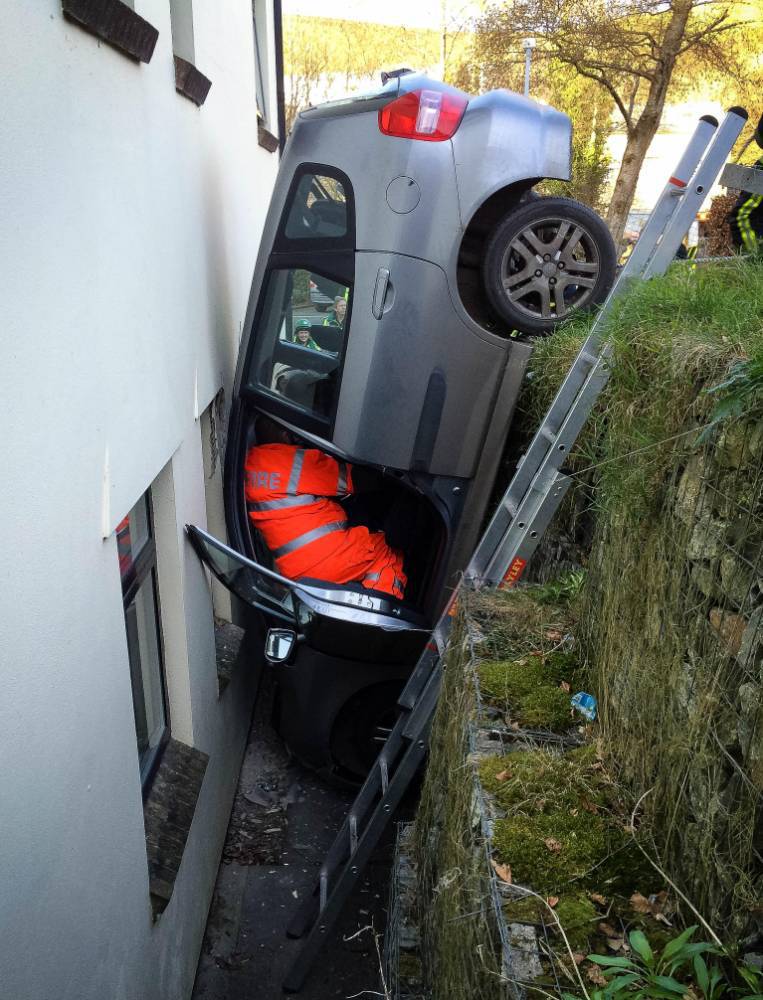 A man has been arrested on suspicion of drink-driving after a car became wedged between a block of flats and a 12ft deep wall.

Emergency services were called to Mardle Way, Buckfastleigh in Devon, at around 3.30pm on Sunday.

Buckfastleigh firefighter Neil Chant, who took photos of the rescue operation, said: ‘The man was being held up by his seat belt and we had to get everything in place before we could cut it as he would have just fallen forward otherwise.

‘Space was an issue, it was a bit tight and a bit awkward getting in and out. The man was coherent but he was a bit shocked and bit bruised and his pride was probably damaged a little bit.

‘The accident caused a very loud thud when it hit the flats. There was an old lady in the flat above who was peering out of the window watching it all and about 40 people had come out to watch from the flats and the Co-Op. I had to put up a cordon to keep them back.’

A Devon and Cornwall Police spokesman said: ‘The car was 12 feet below the road level, wedged between the flats and the wall.

‘A 65-year-old man was taken to Torbay Hospital and later arrested on suspicion of driving while over the legal alcohol limit.’