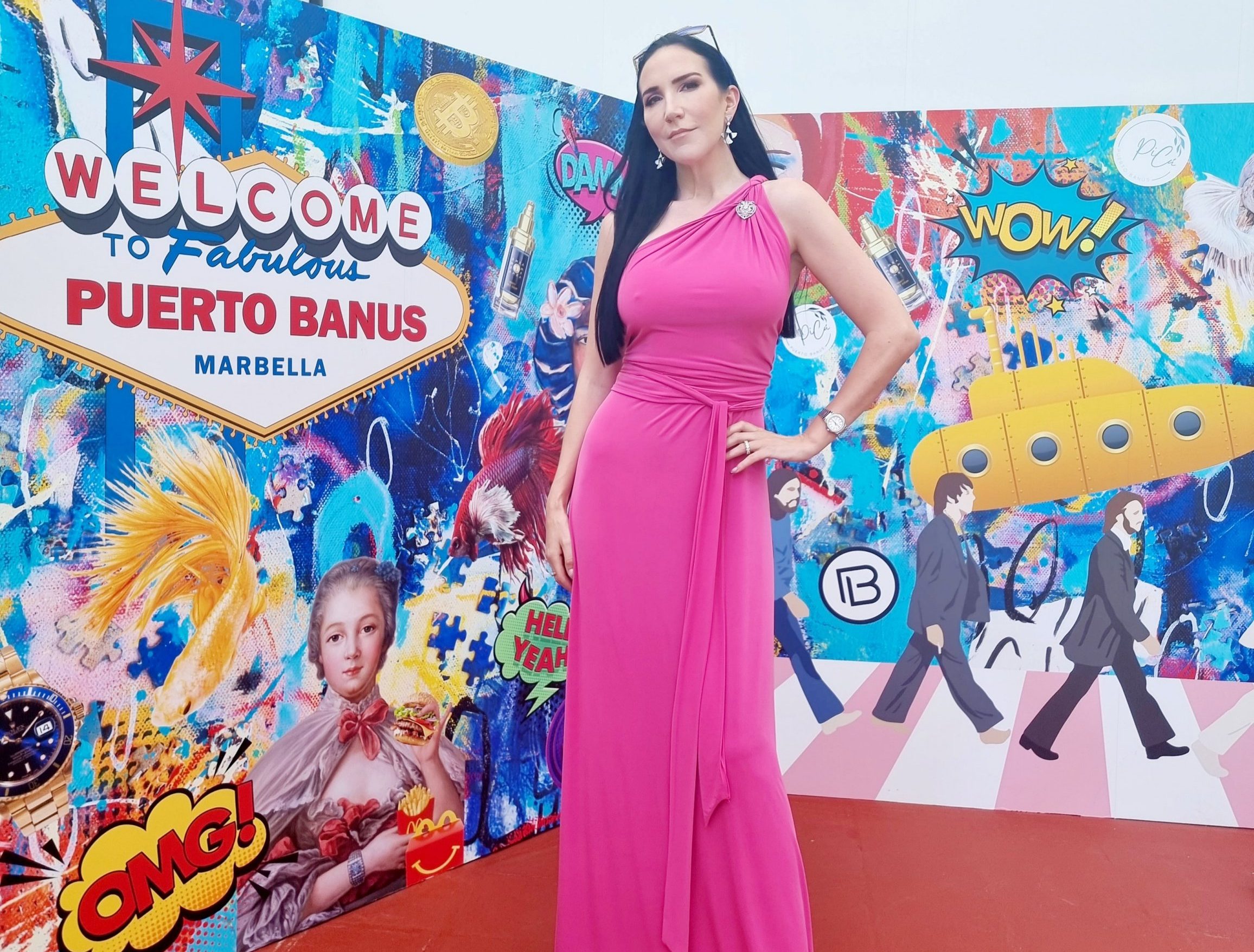 An artist famous for creating the ‘most expensive’ version of everything from shoes to cakes has turned her hand to a mural – worth over one million Euros.

Debbie Wingham, who sold an advent calendar for £7.8 million last year, is British but now rubs shoulders with the jet set after moving to Marbella in Spain.

She unveiled the mural this week, celebrating Puerto Banús marina, where people come to park their megayachts on the Costa Del Sol.

Included in it you can spot the Beatles (as John Lennon loved that part of Spain), Cartier jewellery, designer handbags, Rolexes, perfume, supercars and a variety of toy dog breeds.

And it of course has many diamonds, including in the frame of an oil painting of the Puerto Banús landscape.

The 40ft long, 7ft tall artwork will be on display until mid-August on the Muelle de Levante Stree and is expected to draw two million viewers, with tourists urged to share their photos on social media.

Unfortunately, if you wanted to see the pure original you’re out of luck, as the diamonds unveiled at the launch were on loan and have now been replaced with fake ones.

Debbie told the launch ceremony last week: ‘I wanted to create something that people of all ages would enjoy, including children.

‘It is not just a flat mural; I have made a space where people can take photos and get close up. It is a complete experience.’

She added that the mural ‘had to be not only enchanting and embody subtle nautical themes reaffirming the port location, but it needed to be an incredible background for everyone to visit, something that would appeal to all age groups, genders, and nationalities.

The mural is thought to be one of the most expensive contemporary murals in the world.

Debbie said she was inspired by street art including that by Banksy and Richard Hambelton.

After the mural is taken down later this year, the original artworks will be sold off to benefit numerous charities, including human trafficking, families suffering from malnutrition, and the Ukraine Crisis.