‘EastEnders: Back To Ours': Pam St. Clement And Barbara Windsor To Appear In Online Mini-Series (PICS)

‘EastEnders’ bosses have revealed more details about their upcoming online mini-series, ‘EastEnders: Back To Ours’, confirming that Barbara Windsor and Pam St. Clement will star in one episode.

The nostalgic show will see some of the soap’s most famous stars looking back on their time in Albert Square, remembering their iconic moments, and unforgettable storylines. 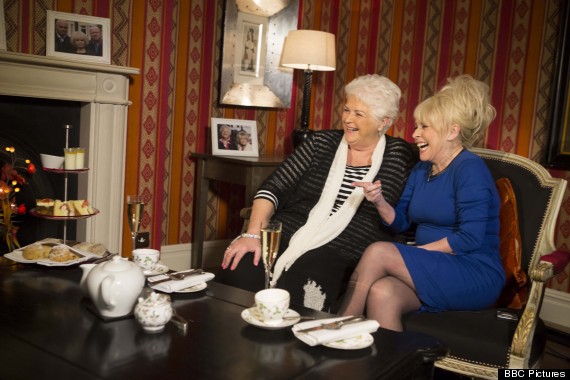 Their characters are two of soapland’s most memorable women

The iPlayer-only series launches on Tuesday 27 January, and the actresses have shared their joy at taking part in the project.

“What fun – not only catching up and chatting with Babs but being surrounded by friends and crew from the EastEnders production team – it was like coming home,” Pam states.

“I had such great fun filming this with Pam,” adds Barbara. “At times we completely forgot we were being filmed and we got terribly carried away, in fact we got quite outrageous!

“It was such a lovely afternoon, we giggled for hours in fact we didn’t want it to finish.” 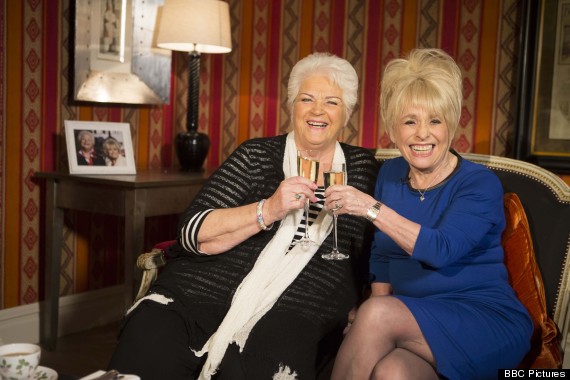 Other stars confirmed as taking part are Adam Woodyatt and Laurie Brett, who play Ian and Jane Beale, and Shane Richie and Jessie Wallace.

The show is part of the build-up to the soap’s 30th anniversary, which is being commemorated with a special live week.

On Thursday 19 February, the cast – including Barbara! – will star in a live episode, during which fans will finally find out who killed Lucy Beale.

There will also be a flashback episode, explaining everything that happened on the night Lucy died.