It’s something every ‘EastEnders’ fan has been waiting for, and now the time has finally come.

Christmas Day in Albert Square is never easy and now the Carter family could be torn apart by a series of secrets. 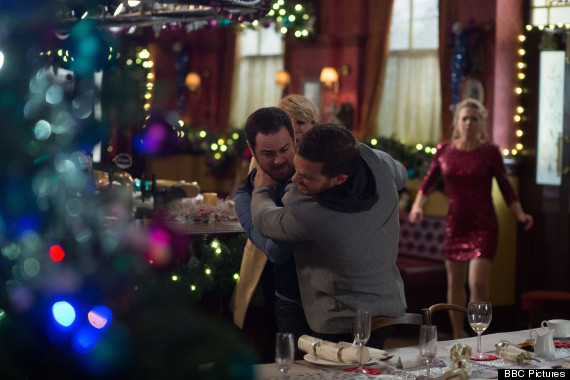 Mick throws Dean across the pub

First of all, there’s Linda, who still hasn’t told her husband Mick that she was raped by Dean – but now, this looks set to change.

As Linda struggles to deal with her emotions, and the fact her baby might not be Mick’s, Dean is lurking in the background, ready to explode at any minute.

After months of silence, Linda finally buckles under the pressure and tells her husband everything, leaving him unable to control his fury. 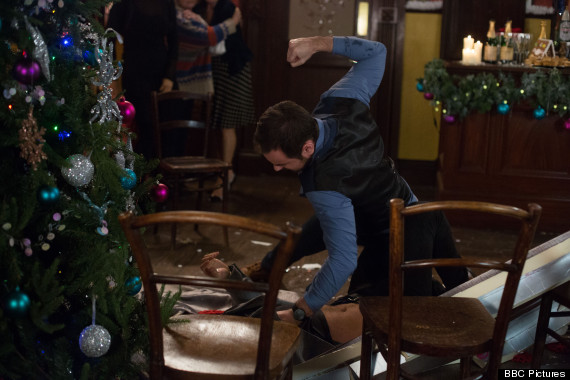 How far will Mick go?

If that wasn’t dramatic enough then there’s also the small issue of Shirley, who has the potential to shock everyone further with the revelation that Mick isn’t actually her brother, but her son.

With all the family gathered around – include Shirley’s mother – could she finally spill the beans?

Elsewhere in the Square, things aren’t exactly going smoothly for the Beales, who are struggling through their first Christmas without Lucy.

Things then go from bad to worse when Cindy makes a shocking discovery under the Christmas tree.

Watch ‘EastEnders’ at 9pm on Christmas Day to see the action unfold.