It’s been just over a month since the last one, but it’s that time of the year again – there’s an ‘EastEnders’ wedding. 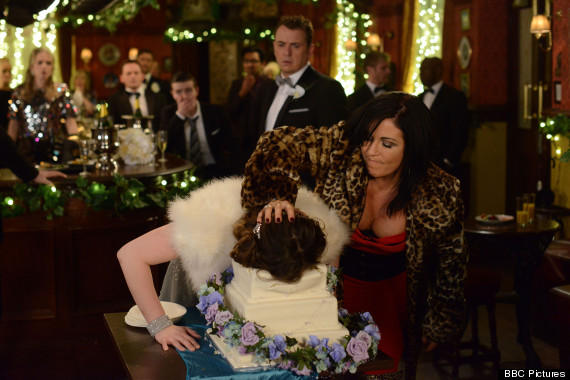 However, the drama – well, this bit of it at least… – is all thanks to the guests, specifically Kat Moon.

A drunk Kat begins to grow jealous of Alfie, and Sonia questions her frosty behaviour.

As you’d expect, Kat doesn’t enjoy being confronted, and after a few too many drinks she pushes Sonia’s face into the wedding cake.

Alfie does his best to calm his estranged wife down, but has she gone too far? 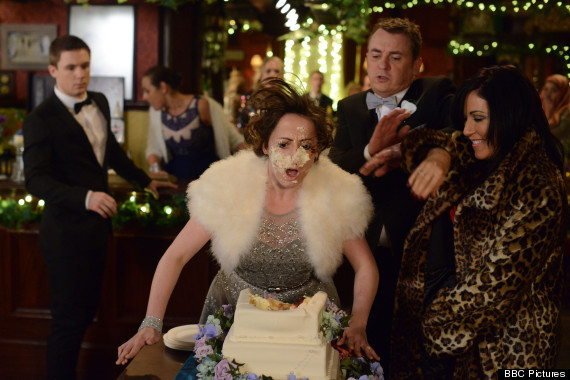 The wedding episode will be an hour-long special, parts of which, will be live.

A number of old faces are set to return to the Square to see Ian and Jane tie the knot, including Max’s ex-wife Tanya and Jane’s brother Christian.

Viewers are also set to discover who killed Lucy Beale on the same day (19 February).

The wedding episode will be followed by a fully live show on Friday 20 February.